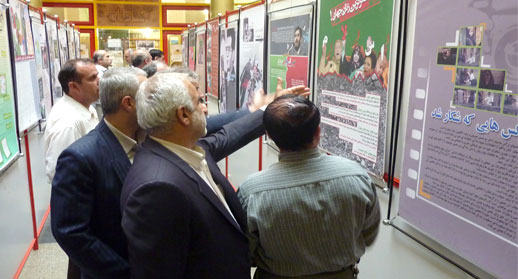 According to Habilian Association (families of Iranian victims of terror) database, in this exhibition which was held for the enlightenment of public opinion, different aspects of the old and the new hypocrisy were brought to the eyes of the viewers. It is worth mentioning that governor of Gilan province, governor of Rasht, and some other political and cultural personages were among the visitors.

The exhibition also dealt with the 2009 post-election riots in Iran and the role MKO played during the unrests, including their direct role in the crimes of Ashura, shocking confessions of arrested MKO members during the post-election riots, and martyr creating project. This project was a meaningless program in which Mujahedin tried to stage some fake assassinations and attributed them to the Islamic Republic of Iran in order to delegitimize it. 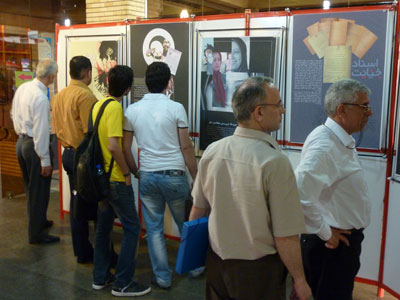 Also the exhibition presented images and documents analyzing the 2009 post-election events, the process of transformation of some political figures (the new hypocrisy leaders), their presence in the camp of enemy, conducting riots, and other aspects of their betrayal.

The MKO complicity with some anti-revolutionary organizations under the guise of human rights and charitable institutions, financial and espionage cooperation with notorious intelligence services around the world and their assistance to other group for instigating unrest inside the country, like what they did in support for Aamol failed riots in 1981 were other parts of the exhibition.

A complete list of 17000 terror martyrs in the country, of which 12000 were brutally assassinated by MKO, was another interesting part of the exhibition.

Results of a thorough research into Baha’i and Hojjatieh Society (two deviated groups) was a newly added part to the series of Basirat exhibitions.

Another distinguishing feature of this exhibition was a large-scale presence of visitors from all walks of life.