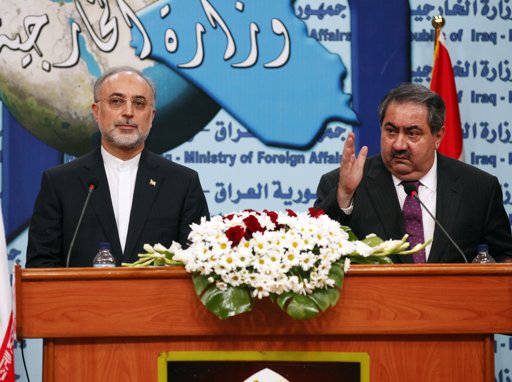 Iraqi Foreign Minister Hoshyar Zebari says Baghdad is determined to close down Camp Ashraf, which hosts members of the terrorist Mujahedin-e Khalq Organization (MKO), by the end of the year.

Speaking at a news conference in the Iraqi capital alongside his Iranian counterpart Ali Akbar Salehi, Zebari said on Monday that Baghdad has informed the United Nations refugee agency and the European Union about its plan to expel the MKO members.

"We have already made it clear about closing ... Camp Ashraf before. The decision will be implemented by the end of this year," Zebari said.

"The government insists on completing this mission ... There is no government that would agree to an organization staying against its (authorities') will, laws and sovereignty," he added.

The Iraqi Foreign Minister's remarks came one day after country's Minister of Human Rights Muhammad Shiya al-Sudani stressed that the notorious camp, located about 120 kilometers (74 miles) west of the Iranian border, would be closed before US troops pull-out and by the end of the year.

Al-Sudani said that a high-profile team consisting of officials from the justice, human rights and defense ministries were looking for a legal solution to the issue.

The MKO has carried out numerous acts of terror and violence against Iranian civilians and government officials.

The group fled to Iraq in 1986, where it enjoyed the support of Iraq's executed dictator Saddam Hussein, and set up Camp Ashraf in Diyala Province, near the Iranian border.

The organization is also known to have cooperated with Saddam in suppressing the 1991 Shiite uprising in southern Iraq and the massacre of Iraqi Kurds.