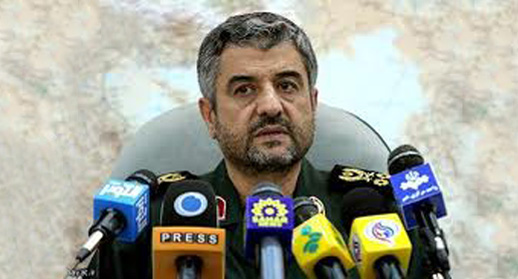 Visiting the brigade 44 of Ghamar Bani Hashem which is deployed in the country’s northwestern region, Jafari noted that IRGC troops are ready to deter any threat against the country’s sovereignty, Islamic values and ideals, powerfully.

“The establishment of security and protection of the revolution accomplishments are the prime duties of the IRGC,” he underscored.

Ongoing regional Islamic awakening is the result of blood of the martyrs of the Islamic Revolution during the past three decades, the IRGC commander added.

Pointing to the activities of PEJAK and other terrorist organizations in the border regions, Jafari said terrorist acts perpetrated by these groups shows the defeat of the plots hatched by colonial powers in their attempts to return to the country.

During the recent operations, the IRGC forces killed, injured and arrested lots of PEJAK members and destroyed their headquarters in the bordering areas in northwestern Iran.

PJAK, a terrorist group with bases in the mountainous regions of northern Iraq, has been carrying out numerous attacks in western Iran, southern Turkey and the northeastern parts of Syria that are inhabited by Kurdish population.

The Islamic Awakening is a revolutionary wave of demonstrations and protests occurring in the Muslim world. Since 18 December 2010, there have been revolutions in Tunisia and Egypt, Libya, Bahrain, Yemen, Algeria, Jordan, Morocco and Oman, and minor protests in Kuwait, Mauritania, Saudi Arabia and Western Sahara.