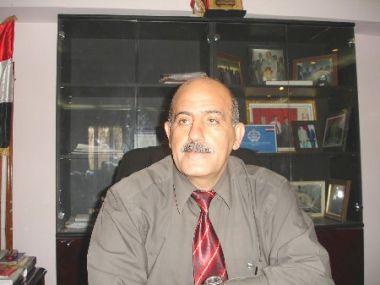 "The security operations which were due to be carried out are in the preliminary stages and the security groups formed by the Army and Police are now readying for new operations under the supervision of the Iraqi prime minister," Ra'd Javad al-Tamimi said.

He said that the operations will be carried out to stop the MKO's interference in Iraq's internal affairs, mostly in Diyala province. Iraqi security forces took control of the training base of the MKO at Camp Ashraf - about 60km (37 miles) north of Baghdad - in 2009 and detained dozens of the members of the terrorist group.

The Iraqi authority also changed the name of the military center from Camp Ashraf to the Camp of New Iraq. The MKO has been in Iraq's Diyala province since the 1980s. Iraq's legislative officials announced earlier this month that the country's parliament and government agreed to set up a committee to pursue expulsion of the MKO from Iraq.

Member of Iraqi Parliament's Security and Defense Commission Hassan al-Sanid said that the issue was raised in a meeting between the commission and the country's Prime Minister, Nouri al-Maliki. "The commission and Nour al-Maliki have agreed to form a committee to pursue the MKO's dossier and their rapid expulsion," Sanid told the Kurdistan News Agency.

The demonstrators gathered outside the Camp of New Iraq (formerly known as Camp Ashraf) and demanded that the terrorist group be removed from their country. The Baghdad government has assured the Iraqi people that it is determined to expel the MKO from Iraq by the end of 2011. Meantime, media reports said that the US is trying to convince Iraqi officials to relocate the MKO members within Iraq.

Under the US plan, the approximately 3,400 residents of Camp Ashraf would be temporarily relocated within Iraq, farther from the border with Iran, a US State Department official announced. Since the beginning of this year, the Baghdad government has repeatedly assured Iranian officials and people that it is determined to expel the MKO from Iraq by the end of 2011.

Many of the MKO members abandoned the terrorist organization while most of those still remaining in the camp are said to be willing to quit but are under pressure and torture not to do so. A May 2005 Human Rights Watch report accused the MKO of running prison camps in Iraq and committing human rights violations. According to the Human Rights Watch report, the outlawed group puts defectors under torture and jail terms.

The group, founded in the 1960s, blended elements of Islamism and Stalinism and participated in the overthrow of the US-backed Shah of Iran in 1979. Ahead of the revolution, the MKO conducted attacks and assassinations against both Iranian and Western targets. Leaders of the group have been fighting to shed its terrorist tag after a series of bloody anti-Western attacks in the 1970s, and nearly 30 years of violent struggle against the Islamic Republic of Iran.

In recent months, high-ranking MKO members have been lobbying governments around the world in the hope of acknowledgement as a legitimate opposition group. The UK initiative, however, prompted the European Union to establish relations with the exiled organization now based in Paris. The European Court of First Instance threw its weight behind the MKO in December and annulled its previous decision to freeze its funds.