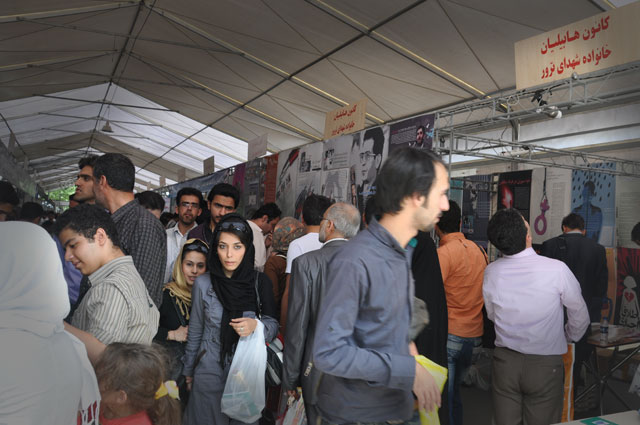 Therefore and in line with the illumination of the public opinion especially the younger generation, Habilian Association set up the “Basirat”exhibition in the sideline of “24th International Book Fair of Tehran”.

The exhibition’s topics were included: Review of MKO since the beginning of formation; explain MKO terrorist and treasonous policy toward Iranian and Iraqi people, autopsy of the new hypocrisy, which was developed after 2009 presidential election of Iran, and Rajavi’s strategic alliance with Mousavi (as examples of the old hypocrisy and the new one). 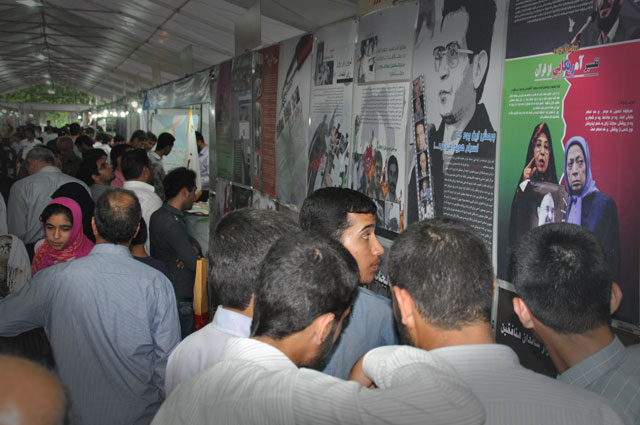 Meanwhile and in the sideline to the exhibition, different relevant workgroups were held and appropriate videos were played for the audience. The viewers were also provided with Habilian Association’s software products about the nature of terrorist groups and the crimes deviant political streams and terrorist groups like MKO committed in Iran and the damages they have so far caused to the country.

Launching the book of “Pictorial typology of Hypocrisy”

According to this news, the book of “Pictorial typology of Hypocrisy” was launched in 24th international Book Fair of Tehran.

“Pictorial typology of Hypocrisy” is a new product of Habilian Association which has offered posters concerning MKO long history of violence and terror.

As the result of two years research, the book has provided Comparative typology of the old hypocrisy (MKO) and the new one (Green hypocrisy) in the forms of documents and images.