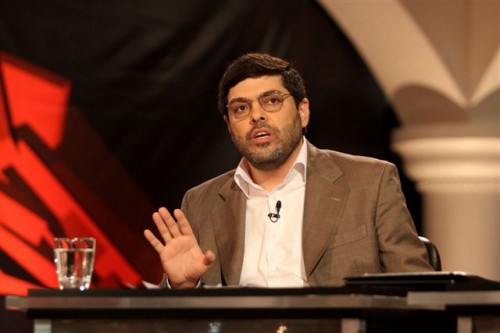 An Iranian university professor says Mir Hossein Mousavi, a key opposition leader in Iran, has been backed by the MKO terrorist group.

“With regards to Mr. Mousavi until Election Day [in Iran on June 12, 2009], there was openness. He had his rallies. But the fact remains that after the election, he led riots on the streets of Tehran. And he also had the - he quietly acknowledged the backing of terrorist organizations like the dreaded Mujahideen-e-Khalq (MKO), which openly support him now. He's never distanced himself from them,” said Mohammad Marandi, a Tehran University professor, in an interview with CNN.

“Mr. Mousavi hasn't played his cards correctly. And he's lost a lot of credibility among those people who did vote for him,” Marandi further said in his interview with CNN's In the Arena program.

He underlined the way that Mousavi and Mehdi Karroubi, another key opposition leader in Iran, acted was unacceptable.

“I think that the fact is that Mr. Mousavi and Mr. Karroubi are seen by the vast majority of people to have gone way too far to have caused riots, to have affected the accepted backing of the United States, terrorist organizations, like Mujahideen-e-Khalq (MKO) monarchists, and this is just something that in Iran is unacceptable,” he noted.

Elsewhere in his interview, Marandi said the United States does not approve of real change in the Middle East as it dismisses the basic demand by all regional nations that the rights of Palestinians be respected.

“I don't believe that the United States government welcomes change in the region because obviously the first thing that the Egyptians or the Jordanians or the people of Saudi Arabia today will want is Palestinians to have rights and the right of return and the siege in Gaza to end and so on and so forth,” the scholar explained.

“And this will bring about enormous confrontation between these countries and the United States as US policy currently stands,” said Marandi.

Marandi also took issue with the interviewer who claimed that basic freedoms such as freedom of speech in Iran are violated.

“Some of the websites in Iran that speak about the Iranian president, about his policies and attack him severely, why don't you have them translated and you'll see, no, there's a great deal of openness in the country,” Marandi said.

He further underscored Iran is ready for détente with the US if Washington sets aside its hostile policies on Tehran. “Their reading of Iran is incorrect, and they have to change their policies towards Iran. And if the United States puts aside this Iran phobia and Islamic phobia, I think that they'll see that the Iranian people and the Iranian government is - is more than willing to move forward towards rapprochement as long as the United States is sincere. And I don't think that the United States should view Iran as some sort of inherent threat,” he said.