Martyr Hojat-ol-Islam sayyed Reza Kamyab was born in a rural clergy family near Gonabad city in Khorasan province. His eagerness for learning Islamic sciences resulted in his arrival to Gonabad theological school at the age of 13. Then he moved to Mashhad to catch up on his studies. There he became familiar and had close ties with great scholars of the time such as Ayatollah khamenei, Ayatollah Hashemi Nejad and Ayatollah Vaez Tabasi whowere the axis of anti- dictatorship demonstrations and activities. 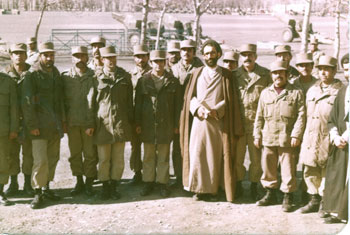 After the victory of the Islamic Revolution, martyr Kamyab played an important role in disclosing the real nature of deviant groups such as Mujahedin-e Khalq, communists and other terrorist groups and upholding the sacred achievements of the Islamic Revolution. Finally Hojat-ol-Islam sayyed Reza Kamyab was shot martyred by MKO terrorist elements on July 30, 1981 while he was driving back to home.