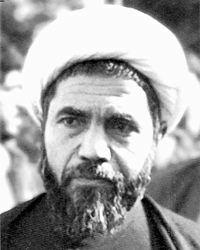 Martyr Mohammad Mofatteh was an Iranian skillful philosopher who was born in 1928 in a clergy family in Hamedan. His father Hojat-ol-Islam Haj Mahmoud Mofatteh was a prominent preacher. After completing his primary education in Hamedan, he left for the famous Islamic Seminary in Qom where he enjoyed participating in the classes of Grand Ayatollah Sayyed Mohammad Hojat Kuh Kamari,  Grand Ayatollah  Hajj Agha Hussein Tabatabee Boroujerdy and Imam Ayatollah Al-Uzma Sayyed Ruhollah Moosavi Khomeini, Hazrat Ayatollah Sayyed Mohamad Mohaqeq and Hazrat Allameh Tabatabie.

Furthermore he was teaching the high levels of divine law, principles and philosophy he was also studying the new science until he was successful enough to be granted the Ph.D. of philosophy. After finishing his studies in the Seminary, since he was needed in Tehran, he left for it. Like his colleague Professor Motahari, he started to teach the university students in 1969.

Dr. Mofatteh had a resume full of political activities, especially in the month of Ramadhan and Moharram and Safar. Although he was a professor of the university, he never gave up the religious programs.

Being fully aware of plots of colonialists and Shah's dictatorial regime for separating the academics and clerics, Dr. Mofatteh through his dire struggles nullified their plots and raised his voice for universities and Islamic seminaries to be united. Mofatteh’s article “Unity of Mosque and University” in 1340 Shamsi (1961 A.D.) indicates his thoughts and struggles regarding the unity of university goers and clerics. On the anniversary of martyrdom of Ayatollah Mustafa Khomeini, he held a seminar on the unity of Islamic seminaries and universities.  Hence, the day of martyrdom of Dr. Mofatteh by MKO terrorists has been named “The Day of Unity between Islamic Seminaries and Universities” in Iran.

So, due to these activities, holding sessions and performing the prayer in “Qoba Mosque” he was put into jail in 1975 and the Shah's regime closed the door of the mosque. It was not the first time because when he was in Qom he was exiled to Zahedan due to similar activities. He performed the prayer of Feast of the Fast–breaking (Eid-ul-Fitr) in 1978 in Qeytariyeh in which about one million people took part and it was the greatest schemata of early period of Revolution. After praying he gave a very revolutionary and crucial lecture and invited people for demonstrations of 17th and 18th of Shahrivar (7th and8 September) whose result was his arresting on 17th of Shahrivar and he was imprisoned for 2 months. 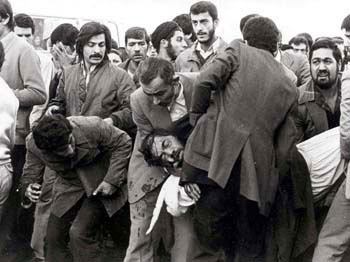 Finally On December18, 1979 at half past nine A.M, when Dr. Mofatteh with his two guards were in front of the building of Theology University, he was shot four bullets went through his head, shoulder, hands and knees and he fell on the ground. He was taken to Ayatollah Taleghany Hospital to be cured but it did not work. So he died at 12 a.m., 18 December 1979.