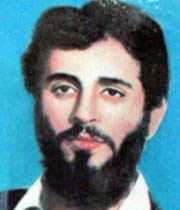 He was born in1960 in southern Tehran and went to school in there until finished high school. Mohsen started his anti-Shah activities at the time the Islamic Revolution was at its climax. Soon he turned into a famous figure conducting many demonstrations against Pahlavi regime as leader. Activating the Islamic community, changing prostitution centers into Islamic councils, establishing the 8th office of the Islamic republic party, acting as member of the central committee and safeguarding the Islamic Revolution achievements and also membership in Islamic Republic party central office are his some other activities.

He was so secretive that his actual character remained unknown even to his family until his martyrdom. In an atmosphere filled by Monafeghin and Fadaeian-e khalgh, Mohsen stood against those traitors, defending his great cause bravely .As a disciple, he loved Dr. Beheshti and always tried to say his prayers behind him .