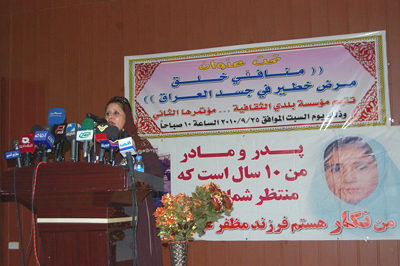 A press meeting was arranged in the assembly hall of Kadhimyya in Baghdad on Saturday 25th of September 2010 from 10 till 12 am about the crimes committed by the Rajavi destructive cult.

In this meeting a number of 15 individuals from the families of the members of Mojahedin-e Khalq Organization (MKO – Rajavi cult) trapped in Ashraf garrison were invited. They answered the questions of the reporters and other participants. Many news agencies and public media including some television and satellite channels were present in this gathering.

The purpose of this meeting was to introduce the families of Iraqi victims who have been killed by the Rajavi cult. 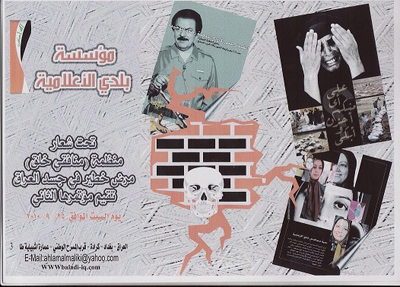 The first person to speak was Ms. Ahlam Almaliki the organizer of the meeting. She first welcomed the Iranian families who have come to Iraq to visit their relatives in Ashraf garrison but after 8 months they have not been able to do so. She announces the aim of the gathering to reveal the atrocities committed by the Rajavi cult against the Iraqi people and demand of the gathering to prosecute and to penalize the leaders of the cult who have shed the blood of the innocents. She also said that the cult must be moved from Iraq and its elements must be expelled from the country. She asked why the US administration supports this group and why they prevent their leaders to be tried and expelled from Iraq. She said that there are many evidences indicating that the American commanders in the US army in Iraq cooperated with this terrorist group and they still do so. She said that at least 150 individuals from the cult have lawsuits in the judiciary system of Iraq with piles of documents. There are many documents showing that the leader of MKO are responsible for the lives of many Iraqis as well as torturing and imprisoning their own members but the American influence in Iraq is preventing them to be prosecuted. She also said that the members of the cult in Iraq even damaged the historical sites and joined the looting after invasion and at the moment they are sponsoring terrorism in Iraq and back the elements of the previous toppled regime. 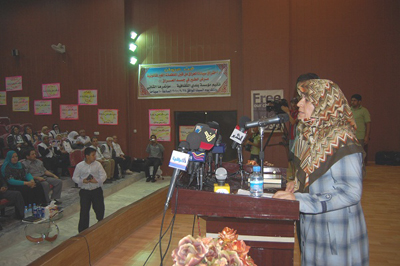 In this gathering Ms. Sorayya Abdullahi on behalf of all families picketing in front of Ashraf garrison delivered a speech for 15 minutes which draw the attention of the reporters and the participants particularly the television networks present inside the meeting. Her speech had good media coverage. 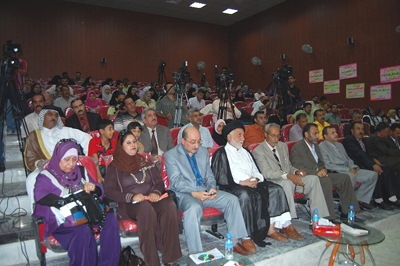 The Families present in the gathering then were interviewed by the media and answered their questions. The families said that it is more than 8 months that they are present in front of Ashraf garrison and all they want is to see their loved ones for even a short time, but the leaders of the MKO reject this which is an obvious example of violating basic human rights. They said to the reporters that the Rajavi terrorist cult has banned any sort of contact with the families for its members, they have basically have banned all contacts with the outside world, they have banned marriages and forming families, even thinking and dreaming has been banned. They asked why the Iraqi government does not take any action to preserve the rights of their loved ones. This is a question that has been left unanswered up to now. 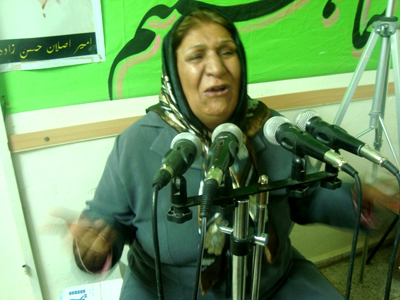 In this meeting the letter of Ms. Abdullahi to the US secretary of states was distributed among the participants. The video coverage of the exhibition in the province of Diyala named “Black Plague” was shown for the audience.

In the end the families visited the shrine of Kadhimayn in Baghdad and returned to the gate of Ashraf garrison and joined the picketing families.