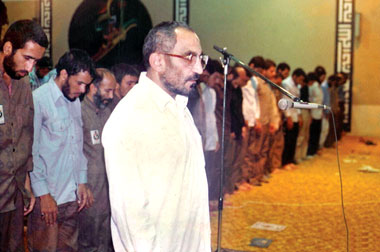 I could still remember, I mean I won’t ever forget that kind friendly look from behind the glasses accompanied by a warm relaxing voice. It was a winter afternoon that the little iron window opened the same way as always ; but this time ,instead of the same guard and the same ordinary questions ,a strange face with big glasses appeared in the window frame ;an unfamiliar face with a familiar look from behind those big glasses.

I enjoyed his warm relaxing voice:”hello my son; How are you? How long have you been here?” It was a long time nobody had addressed me so kind like a father. It was the voice of Haaj Asadollah Lajevardi that I heard for the first time about two months after being arrested.

He asked me again: “anything I can bring you?” I just didn’t know what to say in answer so stayed calm and said nothing. After a moment of silence he said goodbye, then closed the window and went away; but I couldn’t take my eyes away from the window for minutes. Outside the prison, I’d already heard much of him .The organization always insulted him and unfairly accused him of cruelty and bloodshed, giving him the title of the Evin hangman and the head of persecutors. However the glass wall of all those unfair accusations and propagandas against him broke away at the time when he sat down by the prisoners and greeted them as kind as a father.

He treated the prisoners (whom he knew had fought against the Revolution as enemies and had backstabbed their own nation by helping Saddam‘s regime in occupying thousands of kilometers of their soil) so friendly as if they were his own children. He later told me somewhere that in his eyes these prisoners were victims not criminals. He knew the ones who had been deceived by Monafeghin as the victims which need to be helped out of the dungeon of disunion they were caught in. 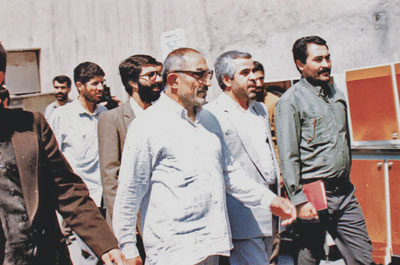 At the time when MKO mercenaries were busy committing the worst terrorist operations of the current history by killing many innocent people in Iran by means of their terror squads, Haaj Asadollah established a school for the enlightenment of those arrested as MKO members. He never believed in revenge taking ,but was determined that the only way to bring these victims to the right path was through resorting to the holy prophet Muhammad(p.b.u.h)and his innocent family and also treating them with kindness and love.

He also established a library for the prisoners and brought them TV and newspaper and founded several workshops for them so as to learn a profession to practice after being released .He moreover built a swimming pool for the prisoners .Haaj Asadollah considered his measures inside the prison as inadequate and not sufficient, so started to take the prisoners outside for sightseeing and pilgrimage as well as cultural and scientific excursions and even taking them to the battle fronts.

It was very unlikely to believe that the governor of Evin prison takes the prisoners out to see the sights and to visit the international fair, exactly at the time when MKO terrorists were committing their the most savage terrorist operations .He was all the time helping the others; in fact he lived with the prisoners and never felt superior to them. He even washed the pots and the dishes, swept the floor, joined the prisoners in their sports events and talked with the families for hours with patience. 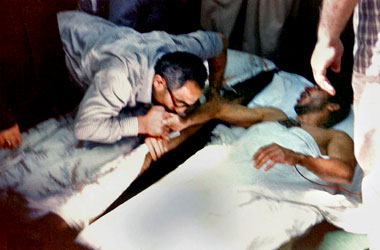 All Haaj Asadollah’s considerations were because of harsh severe years he had spent in the dungeons of Savak. He had spent 9 years in prison during which, based on SAVAK documents, he lost one of his eyes and suffered from severe backache and stomachache and many other injuries.

In 1989, after I was released from prison, again it was martyr Lajevardi who helped me to find a job .He was finally martyred by MKO terrorists and his great wish of martyrdom was at last granted.