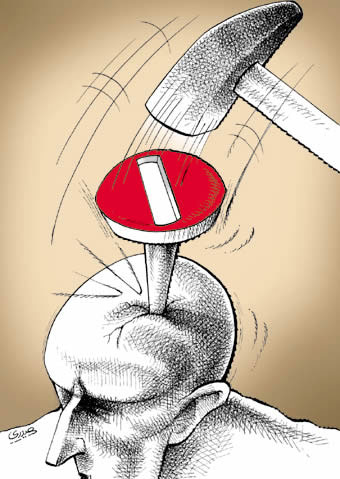 What is the meaning of the ‘Salvation Dance’ (described by Mrs. Batool Soltani, ex-member of the PMOI Leadership Council in her autobiographical writing), which was performed by the Muslim Leadership Council’s women in front of Massoud Rajavi, the leader and founder of the Rajavi cult?

In this so-called Salvation Dance (nude dancing), the women of the Leadership Council were indoctrinated through cultic-religious psychological manipulation to remove all their clothes in front of their guru, imam, spiritual leader, Massoud Rajavi, who is responsible for sending them to heaven while they die for him, in order to show their devotion and allegiance to him.

In Iranian culture, and especially in Islamic culture, the nudity of women in front of men is considered as high corruption and sin. So the question which comes into the minds of right thinking people is “why is the leader of the PMOI, who claims to be Muslim and that his organization is a Muslim organization, demanding that his Leadership Council perform nude dancing in front of him and Maryam Rajavi?” Maybe you think that the PMOI has reformed its ideology into a more western-like culture? Or, that they do this to show their ideological differences with the current regime of Iran.

If you ask the operatives of Rajavi’s cult the same question they will respond that “it shows the richness of their ideology, in which the souls of women and men become as one with their spiritual leaders”. You could also say that Massoud Rajavi is a highly lustful and salacious leader, who wants to take advantage of the women in his organization, especially beautiful women.

Well, we can think and imagine whatever comes into our minds, but if you ask me, as someone who has spent nearly twenty-five years of my life in that organization, I have my own point of view about this sensitive but serious subject.

First of all, whatever interpretations are mentioned above are not wrong; they are correct to some extent, and I can not say that they do not exist at all. But are those above mentioned reasons considered as a threat or danger? Having passion and lust for beautiful women, even as the PMOI’s leader is a matter of Massoud Rajavi’s own personal desires, or even that they are trying their best to show themselves as an open minded and reformed organization and not as a fanatical one to western countries. In this interpretation the behavior may look strange but not dangerous. But what is really happening there? And what is the real purpose of such deeds that occur in the PMOI’s internal affairs? What is the real interpretation of nude dancing in the PMOI? Is it utilized as a tool? What are the leaders of the cult thinking by performing such strange and odd activities? What do they want to achieve?

For Muslim women, according to their religion, one of the most precious and vital aspects of their belief is their cover (hijab); for that reason you would not see even the hair of a Muslim woman because it is covered by a headscarf. In Ashraf garrison, the PMOI’s main base, women and men are completely separated from each other, even their gas station working hours are divided between men and women, and no man can go for gas during the women’s turn, and vice versa.

These women in the Leadership Council are all Muslim, and they are very devout and serious in practicing their religion, and all of them wear a headscarf (hijab). So, taking off their clothes in front of their guru and leader and being naked is a giant step in their internal affairs. It is the end result of the long-term brainwashing and indoctrination which began in 1989 (Second Ideological Revolution).

In this final test, they become completely and utterly devoted and obedient and ready for any order which comes from Massoud and Maryam Rajavi. If this nude dancing which was performed by the Leadership Council in front of Maryam and Massoud Rajavi, were just to satisfy Massoud’s lust and his sexual desires, it could be considered as Rajavi’s sexual exploitation of women inside the PMOI. But the question remains “what did Rajavi want to achieve after all those years of brainwashing and indoctrination?”

To answer these questions I will take you back-stage in the PMOI. These ladies, the Leadership Council, are high commanders and they have many subordinates, the rank and file, who are under their direct command. To gain this position, these ladies must have proven themselves to Massoud and Maryam Rajavi as being ready and willing to implement and carry out their orders by all means, so they had to undergo the most difficult test which was opposite to their religious regulations and beliefs. Taking off all their clothes, even their underwear, in front of Rajavi means they had become the soul of him and at one with him to the point that they are ready to do whatever he wishes. (Do not forget that these ladies, the Leadership Council, are devoted Mulsims.)

After this prelude, I take you to the year of 2003. In that year, many PMOI members set themselves on fire in Paris and other countries in protest to the incarceration of Maryam Rajavi. Setting themselves on fire was an order which came directly from the leaders and Leadership Council of the PMOI. Just by conveying six words: set yourself on fire for Maryam, many of the brainwashed members killed or injured and disabled themselves for that cause. This is the dangerous aspect of Rajavi’s religious indoctrination and brainwashing methods.

These PMOI Muslim women, after passing through many years under religious-cultic indoctrination, entered into the final test to show that they were ready to carry out anything desired by their leaders, even by trampling their Islamic regulations. Their nude dancing in front of Massoud and Maryam Rajavi was the final phase of their brainwashing to become committed, loyal and devoted to their gurus, Massoud and Maryam Rajavi. It showed their allegiance to them for implementing their orders in the PMOI’s internal relations, which means maximum suppression and oppression of the rank and file to keep them as captives and slaves of Rajavi’s cultic thoughts, and ready to implement any order by all means, whenever and wherever their leaders desire.

Unfortunately, all the PMOI Leadership Council’s members who are still in the PMOI have had all human sentiment hollowed out from them, and as a result they are capable of implementing many hazardous deeds and missions; and surely it is not their fault since Rajavi and his brainwashing methods made them like this.

I assert that nude dancing is the final step in brainwashing of the Leadership Council which Rajavi utilizes for implementing his desires. These dangerous desires could be a mass suicide, setting their members ablaze, a mass hunger strike to death, and terrorist activities, etc.

In the end, I do not reject the idea which says Rajavi is a salacious leader, or that he has a passion and lust for women but I emphasize that we should be alert and vigilant to the dangerous purposes and objectives of all this brainwashing and religious indoctrination that Rajavi has done for many years. All these indoctrination and brainwashing methods, which I call “Rajavi’s complicated tools”, are designed for the cult leaders to forward their cultic objectives, whenever and wherever needed, and that is the thing which makes this cult so dangerous and terrifying.

So, the PMOI is as a dangerous poisonous snake which if you are not vigilant enough, will bite you, and believe me, its poison is deadly as hell, so watch out.

Hassan Piransar – an expert on the PMOI