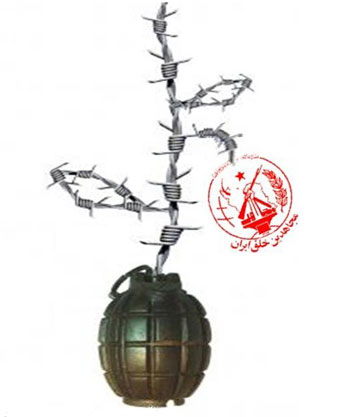 Perhaps this is America's answer to Washington's embarrassment over the Iranian scientist who got away this week:

At least 21 people, including members of the elite Revolutionary Guards, were killed and 100 wounded in suicide attack at a Shi'ite mosque in the southeast Iranian city of Zahedan on Thursday, Iranian media reported.

No group immediately claimed responsibility for the two suicide bombings in front of Zahedan's Grand Mosque, although a lawmaker said he believed the Sunni rebel group Jundollah was behind the attack.

We do know that the United States has been covertly aiding Jundullah -- no doubt as part of the secret armies, militias, terrorist groups and covert operators that the Peace Laureate Administration has recently admitted -- or rather, bragged about in a strategic leak -- running in up to 75 countries around the world.

As I noted last year, after a similar terrorist attack in the same Iranian city:

On Thursday, a suicide bomber walked into a mosque, detonated his explosives and killed and wounded almost 140 people. In the wreckage and confusion afterward, a final death count has not yet been established, but the latest available information puts it at 23.

It is unlikely that you heard about this terrorist attack -- because it took place in Iran.

For years, Iran has endured a series of terrorist actions -- suicide bombings, kidnappings, beheadings, open assaults by fanatical gunmen, sabotage, and "targeted assassinations" of government officials, scientists and others. Multitudes have been slaughtered in these operations, whose ferocity and frequency are surpassed only by the atrocities that have been unleashed in the four countries that have been on the forefront of America's Terror War: Iraq, Afghanistan, Pakistan and Somalia. One shudders to think what Washington's response would be to such a sustained campaign on American soil.

Of course, it is no mystery why the attack on the mosque in Zahedan -- a city situated at the strategic point where the borders of Iran, Pakistan and Afghanistan converge -- attracted so little attention in the Western press. Every day, we are schooled relentlessly by our political and media classes to regard the Iranians -- heirs to one of the world's oldest and most sophisticated civilizations -- as demons and subhumans, whose lives are of little account. This can be seen in the long-running debate over an attack on Iran, which focuses almost entirely on the advantages or disadvantages such an assault would pose for American and Israeli interests -- and not at all on the thousands of human beings living in Iran who would be killed in the operation.

But there is another reason why the terrorist attack in Zahedan has not been greeted with commiserations from the White House or excited coverage from our government-spoonfed media: because it is highly likely that the United States played a role in fomenting the attack, either by direct or by collateral hand...

Zahedan is the capital of Sistan-Baluchestan province, with "a large ethnic Sunni Baluch minority," which is often at odds with the Shiite-dominated central government. The region -- which is also a prime conduit for arms and drug trafficking across the volatile borders -- has been roiled for years by the militant Sunni extremist group, Jundullah (Soldiers of God). This group, aligned philosophically if not operationally with al Qaeda, has openly boasted of killing hundreds of people in its campaigns

The militant Sunni extremist group, Jundullah (Soldiers of God) ... aligned philosophically if not operationally with al Qaeda, has openly boasted of killing hundreds of people in its campaigns...

You would think that such violent, frenzied zealots -- fellow travellers of Osama bin Laden! -- would be taken up by our Terror Warriors as poster boys for the evils of "Islamofascism." But as we noted here a few months ago, "bombings and beheadings and deathporn videos are not inherently evil; they can also be a force for good -- as long as they put to the service of America's ever-noble, ever-lofty foreign policy ideals."

For Jundullah is one of the several armed insurgent groups inside Iran being supported by the United States. As Andrew Cockburn reported last year:

Six weeks ago, President Bush signed a secret finding authorizing a covert offensive against the Iranian regime that, according to those familiar with its contents, "unprecedented in its scope."

Bush's secret directive covers actions across a huge geographic area – from Lebanon to Afghanistan – but is also far more sweeping in the type of actions permitted under its guidelines – up to and including the assassination of targeted officials. This widened scope clears the way, for example, for full support for the military arm of Mujahedin-e Khalq, the cultish Iranian opposition group, despite its enduring position on the State Department's list of terrorist groups.

Similarly, covert funds can now flow without restriction to Jundullah, or "army of god," the militant Sunni group in Iranian Baluchistan – just across the Afghan border -- whose leader was featured not long ago on Dan Rather Reports cutting his brother-in-law's throat.

Thus the attack this week in Zahedan is an integral part of a wide-ranging campaign of American-supported terrorism inside Iran -- even if the "darksiders" in the U.S. security organs had no direct involvement or knowledge of this particular attack. When you are in the business of fomenting terror (see here and here), there's no need for micro-management. You co-opt the armed extremists who best serve your political agenda of the moment; you slip them guns, money, intelligence, guidance -- and then you turn them loose on the local populace.

We have seen this over and over; in Iraq, for example, where American death squads -- such as the ones led by Stanley McChrystal, recently appointed by Barack Obama to work his "dirty war" magic in Afghanistan -- joined with mostly Shiite militias to carry out massive "ethnic cleansing" campaigns and individual assassinations. We saw it years ago, in the American-led construction of an international army of mostly Sunni extremists raised to hot-foot the Soviets in Afghanistan -- then turned loose upon the world. And of course this lineage of terror-breeding as an instrument of American foreign policy goes back for many decades. with one of the earliest, most spectacular successes being the use of religious extremists to help bring down the secular republic in Iran in 1953.

... Bush's directive represents an intensification of the drive for open war with Iran, but it is not a new development; rather, it is a major "surge" in a state terror campaign the Administration has been waging against Iran (among others) for years. As I wrote as along ago as August 2004, the Bushists have openly sought, and received, big budgets and bipartisan support for terrorist groups and extremist militias all over the world. Here's an excerpt from that 2004 report:

If you would know the hell that awaits us – and not far off – there's no need to consult ancient prophecies, or the intricate coils of hidden conspiracies, or the tortured arcana of high-credentialed experts. You need only read the public words, sworn before God, of top public officials, the great lords of state, the defenders of civilization, as they explain – clearly, openly, with confidence and pride – their plans to foment terror, rape, war and repression across the face of the earth.

Last month, in little-noticed testimony before Congress, the Bush Regime unveiled its plans to raise a host of warlord armies in the most volatile areas in the world, Agence France-Presse reports. Bush wants $500 million in seed money to arm and train non-governmental "local militias" – i.e., bands of lawless freebooters – to serve as Washington's proxy killers in the so-called "arc of crisis" that just happens to stretch across the oil-bearing lands and strategic pipeline routes of Africa, the Middle East, Central Asia and South America.

Flanked by a gaggle of military brass, Pentagon deputy honcho Paul Wolfowitz told a rapt panel of Congressional rubber-stamps that Bush wants big bucks to run "counter-insurgency" and "counter-terrorist" operations in "ungoverned areas" of the world – and in the hinterlands of nations providing "sanctuary" for terrorists. Making copious citations from Bush's 2002 "National Security Strategy" of unprovoked aggressive war against "potential" enemies, Howlin' Wolf proposed expanding the definition of "terrorist sanctuary" to any nation that allows clerics and other rabble-rousers to offer even verbal encouragement to America's designated enemies du jour....

There's nothing really new in Bush's murder-by-proxy scheme, of course; America has a long, bipartisan tradition of paying local thugs to do Washington's bloodwork. For example, late last month, Guatemala was forced to pay $420 million in extortion to veterans of the U.S.-backed "paramilitaries" who helped Ronald Reagan's favorite dictator, right-wing Christian coupster Efrain Rios Montt, kill 100,000 innocent people during his reign, the BBC reports. The paramilitaries, whose well-documented war crimes include rape, murder and torture, had threatened to shut down the country if they weren't given some belated booty for their yeoman service in the Reagan-Bush cause.

But Wolfowitz did reveal one original twist in Bush's plan: targeting the Homeland itself as a "terrorist sanctuary." In addition to loosing his own personal Janjaweed on global hotspots, Bush is also seeking new powers to prevent anyone he designates a "terrorist" from "abusing the freedom of democratic societies" or "exploiting the technologies of communication" – i.e., defending themselves in court or logging on to the Internet. As AFP notes, Wolfowitz tactfully refrained from detailing just how the Regime intends to curb the dangerous use of American freedom, but he did allow that "difficult decisions" would be required.

Whether the Iranian nuclear scientist, Shahram Amiri, was abducted by the CIA, as he claims, or simply changed his mind about defecting and went home, as Washingon claims, his return is a PR coup for Iran and an annoyance for the imperial Potomac court. And off course, it may be that this latest terrorist attack in Iran is just a coincidence, unrelated to the Amiri affair, and is instead just part of the terrorist wave that the United States has been helping along in Iran for years.

But when the United States boasts about its secret military operations and hit squads across the globe, it is inevitable that direct American involvement must at least be considered in every such terrorist attack.

This is the dirty world that our great and good have made for us.