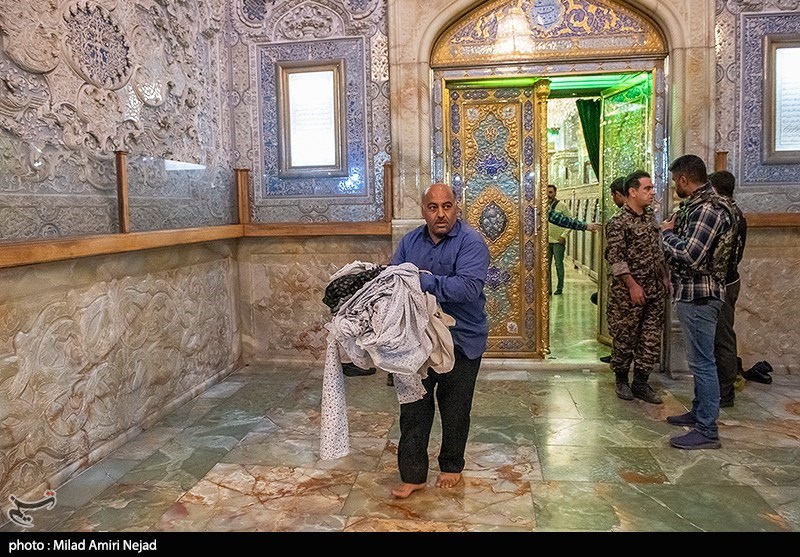 Following the heinous terrorist attack on the sacred Shrine of Ahmed Ibn Musa (Shah Cheragh) in Shiraz, which led to the martyrdom of a number of innocent compatriots, Habilian Association (Families of Iranian Victims of Terrorism) issued a message of condolence.

The full text of this message is as follows:

In the name of God
Last night, hands of criminal terrorists were once again stained with the blood of innocents, and dozens of pilgrims and visitors of the holy shrine of Ahmad Ibn Musa Ibn Jafar (Shah Cheragh) were killed. For more than four decades, Iran has been a victim of terrorists who, with the aid of their regional and extra-regional supporters, caused all kinds of destruction, committed crimes, and murdered innocent people. Domestic terrorism and separatism, the US and Zionist regimes’ state terrorism, Takfiri terrorism, economic terrorism, and such hostile actions, have all been part of the horrific attacks of the enemies against our nation. This magnitude of diverse, continuous and foreign-supported terrorist acts against a country is undoubtedly unprecedented in the contemporary world. This issue has made Iran one of the biggest victims of terrorism in the world with more than 17,000 victims.

Last night’s tragedy in the Shah Cheragh Shrine and the cowardly armed attack on dozens of innocent people, among whom were a number of women and children, showed that Takfiri terrorism, contrary to its claim, has nothing to do with religion and humanity. Ignorance of these so-called Muslims is the reason behind the loss of many innocent lives in the world. Countries in Europe and America, which have been supporting domestic terrorist groups in the past years, are now disregarding the disaster in Shiraz. Although it is not surprising given the records of these countries, they must eventually be held accountable to the Iranian nation.

Unfortunately, the continuation of unrest and disturbances in the country was exploited by terrorists. While the focus of attention was on the recent protests of our country, the criminals started their surprising acts of terror in Shiraz. To survive, terrorism feeds on tension and crisis and the continuation of existing conditions can make the country a potential target for Takfiri and non-Takfiri terrorists. This is a warning that must be taken seriously.

We, Families of Iranian Victims of Terrorism, offer our heartfelt condolences to all compatriots, especially to the families of the survivors of this tragedy, and ask the Almighty God for speedy recovery of the injured. We also urge the respective institutions to take necessary measures to prevent the recurrence of these tragic events and also prosecute terrorists and their supporters.