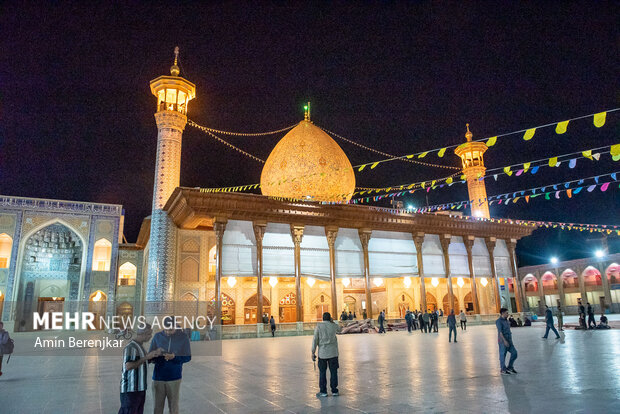 After the deadly terrorist attack in Iran's Shiraz, for which ISIL claimed responsibility, different countries, groups, and politicians have condemned it and offered their condolences to the Iranian nation and government.

Condemning the terrorist and cowardly act, the Syrian Foreign Ministry announced that this incident showed that terrorism is one of America's official means to target the stability and security of other countries with the aim of making them give to the pressures.

The Ministry of Foreign Affairs of the Republic of Azerbaijan condemned the terrorist attack in Shiraz and expressed sympathy with the families of the victims.

In a statement on Thursday, the Foreign Minister of Armenia expressed his condolences to the people and government of Iran over the martyrdom of a number of Iranian citizens in the terrorist attack in the Holy Shah Cheragh Shrine.

Antonio Guterres has strongly condemned the terrorist attack that targeted Shah Cheragh in Shiraz, Iran. The actions in which religious centers are targeted are heinous actions, according to Guterres.

The UN chief's remarks came after his spokesman Stephane Dujarric condemned the terrorist attack in the southern Iranian city of Shiraz shortly after it.

In a statement, the spokesperson of the Ministry of Foreign Affairs of Pakistan condemned the terrorist act in the shrine of Shah Cheragh in Shiraz and expressed sympathy with the Islamic Republic of Iran for the loss of lives of a number of civilians.

In a statement on Thursday, the Omani Ministry of Foreign Affairs offered its condolences to the people and the government of the Islamic Republic of Iran over the last night's attack on the Holy Shrine of Shah Cheragh in Shiraz.

The statement stresses the firm stance of the Sultanate of Oman in condemning violence and terrorism in all forms.

The leader of Iraq’s National Wisdom Movement Sayyid Ammar al-Hakim condemned the terrorist attack at the Shahcheragh shrine in Shiraz and expressed his condolences to the Leader of the Islamic Revolution and the noble people of Iran.