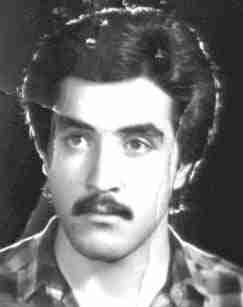 Seyyed Abolghasem Dehnavi was born in 1961 in Tehran. After the victory of the Islamic revolution, he joined the army and served as guard duty in Tehran. On 8 February, 1982 during the operation in which Mousa Khiabani’ safe house was annihilated, he saw two children crying in the midst of a barrage of bullets and running here and there in terror. He reached the children slowly to save them. Although he was able to save Masoud Rajavi's son, he himself was martyred in the exchange of gunfire with members of the Mujahedin-e Khalq terrorist group (MEK).