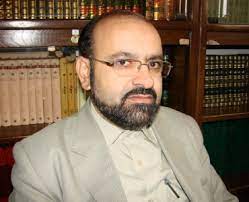 Koroush Firouzi was born in April 1969 in the village of Kotak in Kerman province. His father was a hunter and after the 1979 Islamic Revolution he became a farmer. Koroush was the third son of a devout Muslim family. His life was founded upon the teachings of the holy Quran. He went to a primary school in the city of Raber, Kerman and then moved to Shiraz to continue his education in the middle school along with his brother who was studying in the University of Shiraz.

After the Iraqi Ba’ath Army’s invasion of Iran, Kourosh’s brother rushed to the battlefield to protect the homeland and Koroush moved to Tehran, where his eldest brother lived to continue his high school education.

Koroush passed the National University entrance exam and was accepted in two majors, Chemistry and Teacher Training. After a while, however, he decided to change his field of study. He took the university entrance examination again and this time was accepted in the Laboratory Sciences in the University of Zahedan. Fascinated by his new major, Koroush spent his free time on cultural activities and established the Quran and Ahlulbayt Association in the university.

In 2008, he married a girl studying in the same university and settled in Tehran. Later, God blessed him with two children. As he worked at the Center for Blood Transfusion, he spent most of his time on various missions. After several years, they moved to Zahedan and Koroush resumed his cultural activities in Zahedan University.

He believed that the real happiness was serving people and incorporating Quranic teachings in one’s daily life. Seeing himself as a servant of the impoverished people, he said to his wife, “if my service is requested in the most deprived areas, I will not hesitate to go there.” He began his days by reading a hadith with the intention of implementing the infalible Imam's teachings in his daily affairs.

A few days after the demise of Ayatollah Bahjat, the great Islamic scholar, Koroush and a couple of his friends started holding daily ceremonies in the University of Medical Sciences. At the 7th night on May 28, 2009, Koroush along with Hojatoleslam Makarem, one of the disciples of Ayatollah Bahjat, went to Ali bin Abi Talib mosque to say their prayers before heading for the university. They were in the middle of the prayers when a horrible explosion occurred, killing tens of innocent people who had gathered in the mosque, including Koroush. Jundallah terrorist group assumed the responsibility for the suicide bombing.