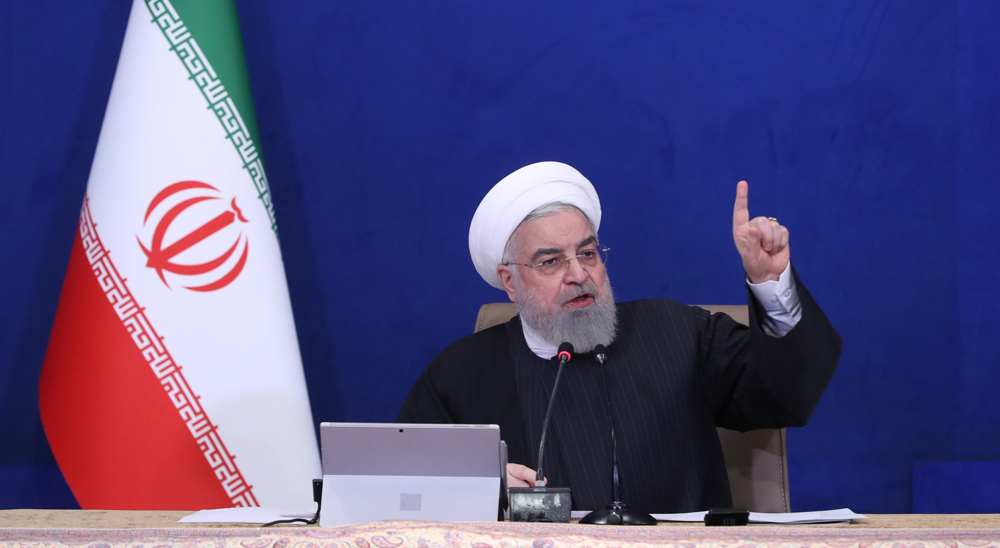 Iran’s President Hassan Rouhani has called on the United States to “immediately” end its failed policy of economic terrorism against the Iranian nation, saying such a move is a prerequisite for negotiations within the framework of the 2015 multilateral nuclear deal.

Speaking during a cabinet meeting in Tehran on Wednesday, Rouhani stressed that the Islamic Republic still wants the Joint Comprehensive Plan of Action (JCPOA) to remain strong, but that the agreement’s survival in the current situation hinges on the US abandonment of its economic terror campaign.

“The new US administration must immediately halt the economic terrorism operation. Once it does so, there will be a path forward. Then, we can negotiate,” the president said.

“We will talk within the JCPOA not about the JCPOA. It is not possible to add two more articles [to the present pact],” said Rouhani, referring to calls by the US and its European allies for an expanded deal with Tehran which would also cover issues unrelated to its nuclear program.

The Iranian chief executive also noted that no country other than Iran has abided 100 percent by the terms of the JCPOA, which the US left in 2018 and subsequently re-imposed the sanctions against the Islamic Republic that had been lifted under the UN-endorsed accord.

“We stood by the covenant and acted based on the interests of the country. China and Russia relatively worked with us and tried to act. The three European countries acted very poorly and, on many occasions, remained inactive. The United States unleashed its campaign of economic terrorism, withdrew from the treaty and committed all these crimes over the past three years,” Rouhani said.

The administration of US President Joe Biden has indicated a willingness to rejoin the JCPOA, but it has been dragging its feet on taking any meaningful measure to undo the former US government’s wrongs.