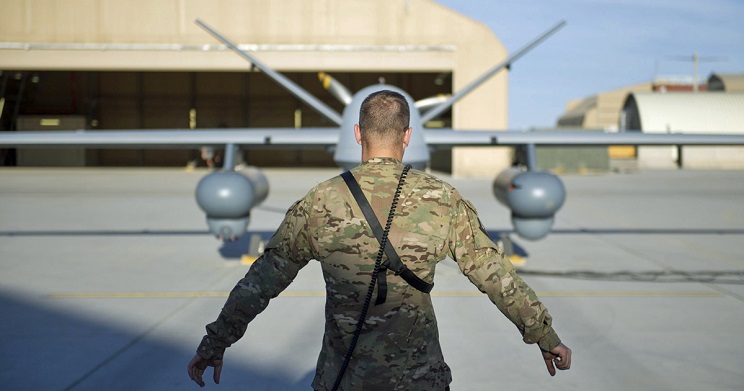 The War on Terror is an international military campaign launched by the US following the September 11 attacks. The campaign targets are mostly Sunni Islamic fundamentalist armed groups including Al-Qaeda, Daesh and the Taliban.

An exclusive report by The Daily Beast has revealed that US President Joe Biden has placed lethal US counterterrorism efforts under review while he evaluates the scope of US efforts in the War on Terror.

According to Emily Thorne, the chief spokesperson for the National Security Council (NSC), Biden issued interim guidance on the US’ “use of military force and related national security operations” on his first day in office and recapitulated the guidance on Friday.

Congress was notified of the guidance change on Friday.

The guidance is classified but provides Biden “full visibility on proposed significant actions in these areas,” Thorne explained.

Actions in these areas usually refer to drone and other strikes against “suspected terror groups and infrastructure,” The Daily Beast reported, also noting that a “left-right anti-war coalition” will most likely welcome the news as an opportunity to end the War on Terror.

The War on Terror, declared in 2001 by President George W. Bush, has frequently been referred to as a forever or a lasting state of war, with no clear conditions that would result in its conclusion.

In a statement to The Daily Beast, Rep. Barbara Lee, a member of the United States House Committee on Appropriations, spoke on her anti-war efforts.

“I’ve been trying to end [the Forever War], it seems like, since I voted against it,” Lee told the outlet.