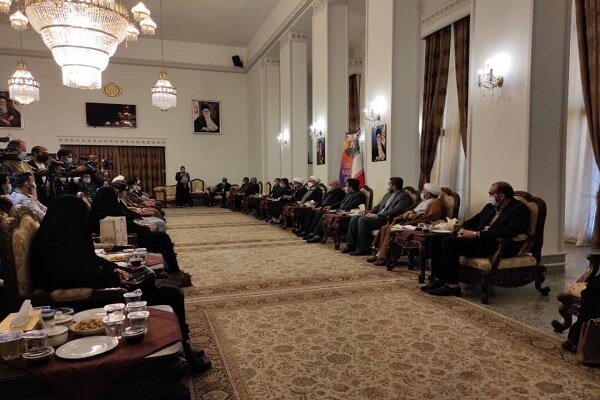 Iranian Ambassador to Baghdad emphasized that terror case of martyred commanders of Resistance Lt. Gen. Qassem Soleimani and Abu Mahdi al-Muhandis should be seriously pursued and perpetrators of this crime should be punished.

Speaking in a special ceremony of awarding the winners of the First Festival of Anti-Terror Commanders on Monday, Iraj Masjedi said that assassination of martyrs of resistance namely Iran’s former IRGC Quds Force Commander Qassem Soleimani and Second-in-Command of Iraq’s Popular Mobilization Unit (PMU) Abu Mahdi al-Muhandis along with their comrades was a great crime that has gone in the history, so that all perpetrators of this heinous crime should be severely punished.

Masjedi emphasized, “Martyrs Qassem Soleimani and Abu Mahdi Al-Muhandis are among our honors because they spent their lives in the way of peace, fighting terrorism and creating security for the Islamic world.”

Elsewhere in his remarks, Masjedi said that Islamic Republic of Iran wants a powerful, strong, stable and united Iraq.

Turning to the strong relations between Iran and Iraq, Masjedi stressed that effective steps should be taken to evermore development of amicable ties between the two neighboring countries.