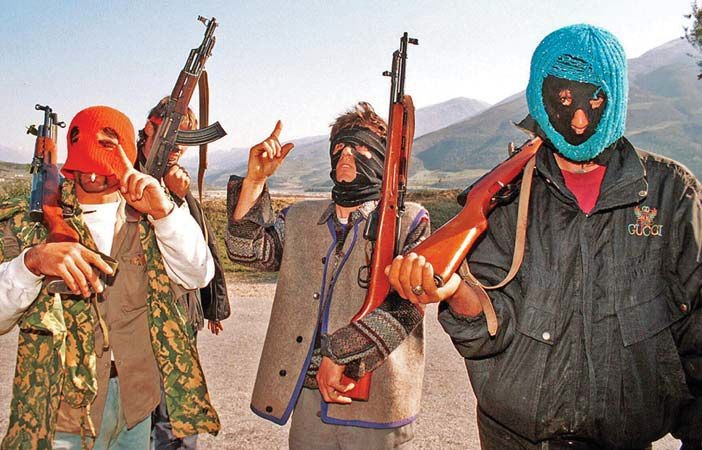 One can only imagine the risk when some citizens of a small country conceal hundreds of thousands of weapons and explosives. The nation becomes a powder keg, awaiting one small mistake to spark a deadly explosion.

This is the situation currently in Albania. During the civil war of 1997, military depots were looted, and more than 650,000 guns, 1.5 billion bullets, 3.5 million grenades and 1 million landmines were stolen from military warehouses by various criminal groups and the Kosovo Liberation Army.

The government has attempted to resolve, or at least reduce, this serious problem. Since 1997, it has announced three amnesty orders for the delivery of looted weapons (a fourth is currently proposed). Yet, only about 40% of the weapons have been returned (exact numbers are impossible to determine), and it is estimated that between 300,000 and 325,000 weapons are still in private possession, many of them possessed by criminals. Albanian media previously reported that some of the illegal weapons imported into Macedonia, Kosovo, Montenegro, Greece and Italy may have been from this stockpile, and they believe that even after more than two decades, these weapons are still being found and used in Albania’s neighboring countries such as Greece and Italy.

The Albanian people experienced war and violence in their country 20 years ago, which led to the deaths of over 2,000 people and left thousands more homeless. Citizens of that country, have no inclination to, once again, become a centre for crisis in the region and bear the political and security consequences which would result. This, of course, would negatively impact their goal of joining the European Union.

And now an Albanian journalist, Ebi Spahiu, an independent analyst on Central Asian and Western Balkan Affairs has sounded the alarm about weapons being in possession of anti-Iranian terrorists. This journalist expressed her concern about the possibility of Mujahedin-e Khalq Organization’s (MKO; sometimes referred to as MEK) having access to these weapons and the danger of rearming themselves.
Mujahedin Khalq Organization (MKO): US-Israel Sponsored Terrorist Entity directed against Iran

The MKO is a terrorist organization that seeks to overthrow the government of Iran and replace it with one that would certainly bow to any and all U.S. demands. The MKO is responsible for the deaths of thousands of Iranians over the years. Now based in Albania, it was formerly headquartered in Iraq.

Members of the Mujahedin, believed to be in possession of some of the weapons looted from Albania in 1997, also stole arms from Iran. After the victory of the 1979 Islamic Revolution in Iran, they carried out numerous attacks on barracks, police stations and military bases and stole a large number of weapons, which they used to increase their assassinations of Iranian citizens and officials.

It took at least three years, from 2013 – 2016, for the Iraqi government and political-social activists to oust the Mujahedin from Iraq. Few countries were willing to shelter the Mujahedin. However, with the support of the United States, they relocated to Albania. This was an interesting development, because the MKO is a semi-militant organization which was forcibly disarmed by the United States in 2003 after the occupation of Iraq. In addition, 16 military bases and heavy weapons such as tanks which were previously provided to the MKO by the former Iraqi dictator Saddam Hussein were all recaptured and handed over to the Iraqi military. The U.S. only began supporting the group as its hostility to Iran increased.

In addition, the MKO was housed in a military camp called Ashraf after 2003, in the Diyala province of Iraq, which was one of the main strongholds of the Al-Qaeda terrorist organization. The Mujahedin were able to establish close contact with foreign extremist terrorists who had entered Iraq and provided them with a great deal of intelligence. They also used part of Camp Ashraf as a site for military and combat training for terrorists.

With so many weapons in the hands of Albanians, there is a high risks that the MKO, with its long history of conducting military operations, could gain access to illegal weapons in that country and use them in pursuit of their goals. While their ability to achieve those goals is slim, they could still cause tremendous suffering as they attempt to reach them.

Adding to the risk is the fact that Albania is a center of arms smuggling in the Balkans; thus, buying large quantities of weapons is not difficult for the MKO since the organization is now headquartered in that country.

The MKO’s interference in Iraq during the period of Saddam Hussein, and then intervening in post-Saddam Iraqi political tensions, indicates the threat that it can be, and therefore it must be carefully controlled by any country where MKO members have a presence. Any violent actions by the group could have a negative impact on the security of this region of the world.

Indications of future violence are in clear evidence; even Twitter briefly restricted the group’s activities, and suspended the leader.

Beyond the MKO, the presence of jihadist extremists, especially in southeastern Albania, bring widespread activities of arms and drug trafficking. Adding the presence of the Mujahedin-e Khalq into this already-deadly mix further jeopardizes the safety of the citizens in this country and further destabilizes the entire region.

The support that the United States currently offers to the MKO must end. Without that support, the MKO would be unable to continue its operations in Albania, and the risk of further terrorist activities by its members would decrease significantly.