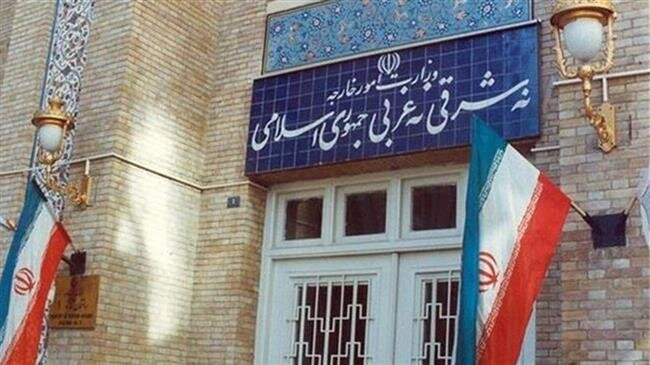 The Iranian Foreign Ministry announced on Sunday that it has imposed sanctions on an aide to John Bolton, the former U.S. national security adviser, under the Islamic Republic’s anti-terrorism law.

In a statement, the Foreign Ministry said Richard Goldberg, who is currently a member of the so-called Foundation for Defense of Democracies (FDD), would be subject to sanctions, Press TV reported.

The ministry underlined that the sanctions are in accordance with articles 4 and 5 of the Law on Combating Human Rights Violations and U.S. Adventurous and Terrorist Actions in the Region, passed by the Iranian parliament in 2017.

“To achieve the goals of the aforementioned law in imposing sanctions on American individuals who are actively involved in economic terrorism against the interests of the government and citizens of the Islamic Republic of Iran, Richard Goldberg, an affiliate to the FDD and former aide to the U.S. national security advisor, John Bolton, will be placed under sanctions set forth in articles 6 to 8 of the said law,” the statement said.

Goldberg has recently said that even if Secretary of State Mike Pompeo could persuade Russia to extend the arms embargo on Iran as per the contents of the JCPOA, it would not be worthwhile to maintain the deal, which was achieved under the former U.S. president, Barack Obama, because it would allow Iran “to develop nuclear weapons,” when the deal's restrictions are removed.

Tensions between Iran and the U.S. have been high since U.S. President Donald Trump pulled out of the nuclear deal in May 2018 and re-imposed sanctions on all major industries in Iran, including oil and petrochemicals exports.

The Trump administration’s sanctions were imposed under the banner of a “maximum pressure” policy against Iran.

The U.S. government has since targeted Iranian officials and organizations with vicious sanctions.

In June 2019, Trump announced new sanctions against Iran, targeting office of Leader of the Islamic Revolution Ayatollah Ali Khamenei and top commanders of the IRGC.

In July 2019, the U.S. Treasury Department said it was imposing sanctions on Zarif for acting on behalf of Ayatollah Khamenei.