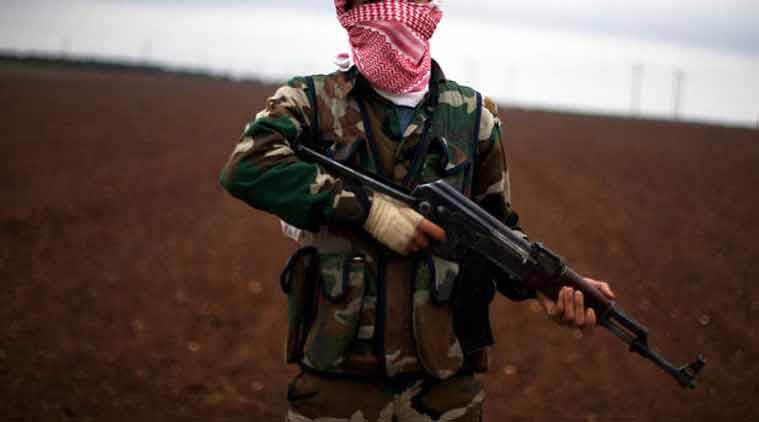 The report, from the UN Security Council’s analytical support and sanctions monitoring team and issued late last month, indicated the Pakistani terrorists formed a significant part of the foreign fighters that pose a serious threat to Afghanistan’s security because of their activities and permanent presence in the country.
There are some 6,500 Pakistani nationals among foreign terrorists operating in Afghanistan and the Jaish-e-Mohammed (JeM) and Lashkar-e-Taiba (LeT) play a key role in bringing foreign fighters into the war-torn country, according to a UN report.

The report, from the UN Security Council’s analytical support and sanctions monitoring team and issued late last month, indicated Pakistani terrorists formed a significant part of foreign fighters that pose a serious threat to Afghanistan’s security because of their activities and permanent presence in the country.

The report said the Afghan Taliban’s role as a credible counter-terrorism partner for the world community in the aftermath of the February agreement with the US will need careful monitoring because of the “number of foreign terrorist fighters in search of a purpose and livelihood in Afghanistan, including up to 6,500 Pakistanis”.

Reacting to the report, external affairs ministry spokesperson Anurag Srivastava expressed “serious concern” to the continued presence in Afghanistan of the senior leadership of al-Qaeda and a large number of foreign terrorists, including 6,500 Pakistan nationals. The report, he said, “vindicates India’s long-standing position that Pakistan remains the epicentre of international terrorism”.

There have been reports since last year of the JeM and LeT, both blamed for high-profile attacks in India, sending hundreds of fighters to Afghanistan following increased pressure on Pakistan from the world community to crack down on terror groups.

The UN report said Afghan officials highlighted Tehrik-e-Taliban Pakistan (TTP), JeM and LeT among the foreign groups posing a security threat. All three groups have a presence in the eastern Afghan provinces of Kunar, Nangarhar and Nuristan, “where they operate under the umbrella of the Afghan Taliban”, the report said.

Afghan interlocutors said JeM and LeT “facilitate the trafficking of terrorist fighters into Afghanistan, who act as advisers, trainers and specialists in improvised explosive devices”.

The report added: “Both groups are responsible for carrying out targeted assassinations against government officials and others. Lashkar-e-Tayyiba and Jaish-i-Mohammed were stated to have approximately 800 and 200 armed fighters, respectively, co-located with Taliban forces in Mohmand Darah, Dur Baba and Sherzad Districts of Nangarhar Province.”

In Kunar province, LeT “retains a further 220 fighters” and JeM “has a further 30, all of whom are dispersed within Taliban forces”, according to the report.

The TTP in Afghanistan is led by Noor Wali Mehsud and the group is thought to have about 500 fighters in Kunar and about 180 in Nangarhar.

External affairs ministry spokesperson Srivastava said UN-designated entities such as LeT and JeM, “operating from Pakistan-controlled territories [were] facilitating trafficking and imparting training to other terrorists in Afghanistan”.

He added, “This vindicates India’s long-standing position that Pakistan remains the epicentre of international terrorism. That proscribed terrorist entities and individuals continue to enjoy safe havens and recruit, train, arm, finance and operate with impunity from Pakistan with state support. They inflict violence and spread terrorism in the region and other parts of the world.”

Pakistan, Srivastava said, has failed in fulfilling its international obligations, including under UN Security Council resolutions and the Financial Action Task Force (FATF), to “put an end to support to terrorism emanating from territories under its control”. The world community should hold Pakistan accountable and seek sustained, verifiable and irreversible action against terrorism, he said.

“Early indications are that many, if not all, of these objectives will prove challenging,” the report said.

The report further said the Haqqani Network – a key component of the Afghan Taliban which Indian and Afghan officials have long contended has ties with Pakistan’s military establishment – continues to be close to al-Qaeda. It added that al-Qaeda chief Ayman al-Zawahiri met members of the Haqqani Network as recently as February.

The report also highlighted the presence of Pakistani terrorists in the Islamic State’s Khorasan chapter, such as commander Abdullah Orakzai alias Aslam Farooqi, who was captured with 21 others in Kandahar in March. Twelve Pakistani nationals were captured along with Farooqi.