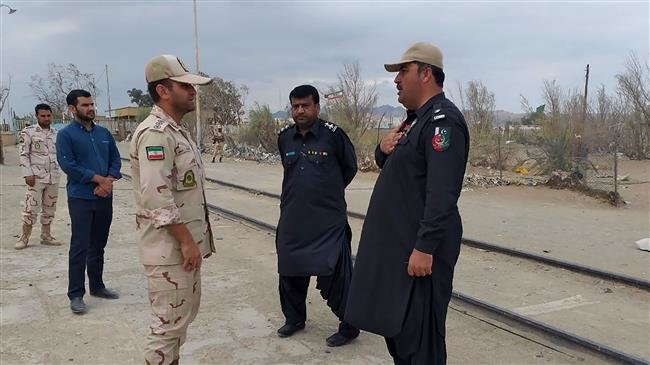 A terrorist attack on a military unit in Iran’s southeastern province of Sistan and Baluchestan has killed one member of the Islamic Revolution Guards Corps (IRGC).

The attack, carried out on a base of Basij volunteer forces in Nikshahr on Saturday, also left five injured, two of them in critical condition, the IRGC said in a statement.

The so-called Jaish ul-Adl terrorist group claimed responsibility for the attack. The terrorist outfit, which is funded by Saudi Arabia, also claimed a bombing which injured at least four police officers in the same province last Wednesday.

Saudi Arabia, the US and Israel have consistently supported terrorist organizations that have a long history of carrying out attacks against civilians in Iran.

The Saudi-backed al-Ahvaziya terror group claimed a deadly attack on a military parade in Iran’s southern city of Ahvaz in September. As many as 25 people, including a four-year-old child, lost their lives in the assault.

Jaish ul-Adl terrorist group also kidnapped 12 Iranian border guards near the town of Mirjaveh in Sistan and Baluchestan province last October and took them into neighboring Pakistan. Five of the captives were later freed and efforts are underway to secure the release of the remaining guards.

Sistan and Baluchestan, which borders Pakistan, has suffered several terror attacks targeting both civilians and security forces over the past years.

Iranian forces have on several occasions busted terrorist ringlets in the province, foiling their planned attacks and confiscating weapons and ammunition.