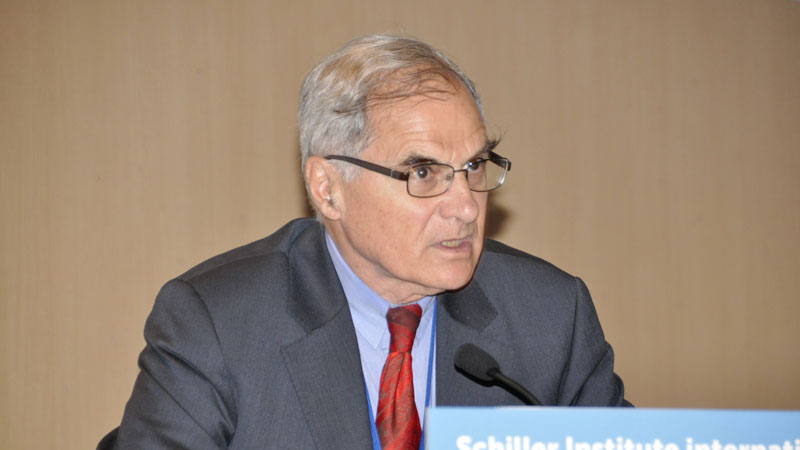 "There are about 7000 Jihadists in France so it is very difficult to track these people. We should renew our contacts and our relations with Syrian government.” Said Alain Corvez, the former advisor to French Ministers of Defense and Interior in an interview with Habilian Association.

When asked whether he agrees that despite claiming to fight terrorists, some Western countries adopt terrorism as a tool to achieve their goals in some parts of the world, specifically in the Middle East, Alain Corvez said: “We know perfectly and we know with proofs that Western countries have been supporting terrorists with weapons and with money. Unfortunately, in France and other European countries including Britain, many officials, keep repeating that we must liberate Syria from Bashar al-Assad. This is an obsession for which they speak and they act. We know that France, Britain and other European countries support the terrorists. This is a very stupid situation because it is against the interests of Europe and against interests of the people. These governments should be ashamed of what they do and one day they must be prosecuted in international courts.”

Referring to Mujahedin-e Khalq organization’s activities in Europe and the support they get from Western countries, Corvez stated: It is because the Western countries are against Iran. They choose every occasion and every possibility to support people or countries against Iran. That is why they support Saudi Arabia and all the Arab countries from the Arab peninsula and they are happy when these countries fight against Iran. For the MEK that’s the same. That’s why they are very well accepted and received in France and it’s not recent. They have old connections with different politicians in France and as the general mood of French diplomacy was against Iran with Fabius and even before him, these people are well accepted because they are against Iran. I have seen some of MEK’s official meetings in Paris. They organized a big meeting in Paris, inviting the French members of Parliament and prominent figures and they had also invited Faisal al-Turki. Surely, Saudi Arabia is financing them. They are active in France, but what can they do?

In response to a question about the current situation of Takfiri terrorism in Europe and how this problem should be addressed, the former advisor to French Minister of Defense said: “I think Western security services are good and are doing a very good job. But against terrorist threats, you cannot say you are safe everywhere. There are about 7000 Jihadists in France so it is very difficult to track these people. We should renew our contacts and our relations with Syrian government. We had very good exchange of information with them before and now with the terrorist threats, we need it back because the intelligence service of Syria is very well aware of terrorists’ identity. This is how we can avoid terrorist attacks in France.

At the end, Mr. Corvez referred to Saudi-connected Wahhabi preachers acting freely in European countries including France, recruiting the youth and radicalizing them in Wahhabi Madrassas, and reiterated: “There is a need for tough policy against Wahhabism because we know that Saudi Arabia finances these kinds of Madrassas especially in suburbs of big cities such as Paris and we should have a very different policy regarding this matter and stop financing these people. I know that French intelligence is checking these people but I have the impression that the French don’t want to take good decisions to stop them. I think there is a weak approach in all French governments, it’s not new. We should have another policy regarding that.”