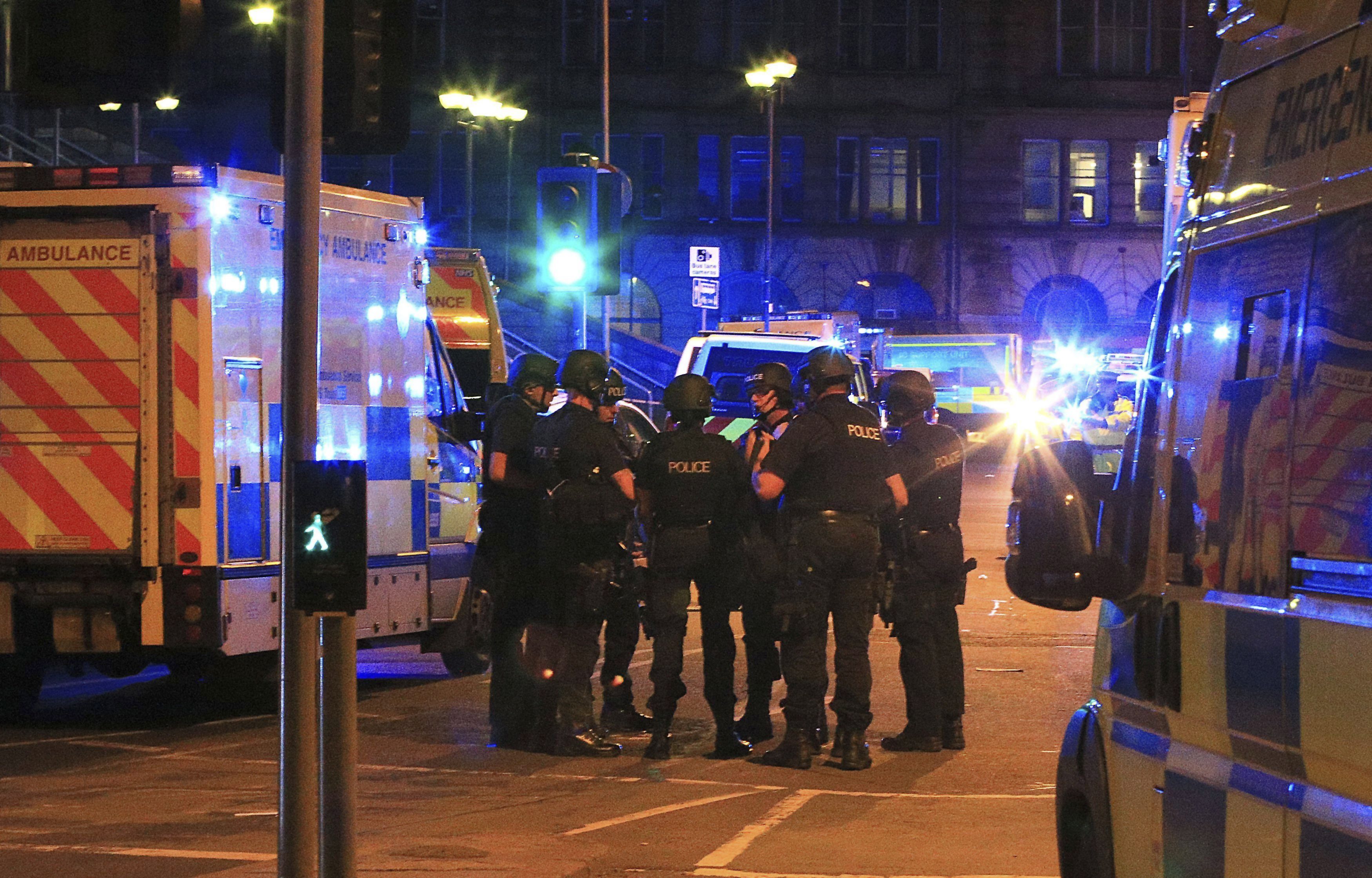 PressTV- At least 19 people are dead and more than 50 injured in a suspected terrorist incident at the end of a concert by US singer Ariana Grande in the English city of Manchester.

British Prime Minister Theresa May said the incident that took place on Monday night was being treated as a terrorist attack.

The explosion rocked the place when concertgoers were beginning to leave the arena, which has the capacity to hold 21,000 people, after Grande's closing set, shortly after 10:35 pm (2135 GMT) at the arena. Several children were also attending the event.

According to witness accounts, a huge bang was heard from inside the arena causing panic and sudden rush in big crowds. Police has surrounded the Victoria train station.

"We were making our way out and when we were right by the door there was a massive explosion and everybody was screaming," a witness said. "It was a huge explosion - you could feel it in your chest. It was chaotic. Everybody was running and screaming and just trying to get out of the area."

Emergency services were also found to be heading to the area. The police have confirmed fatalities without giving further details.

May will suspend election campaign

British Prime Minister May described the attack as “appalling,” and said her thoughts are with the victims of the Manchester’s arena.

According to a report, May will suspend her general election campaign in the wake of the Manchester attack.

The prime minister will stop campaigning for the June 8 election, BBC reported.

"We are working to establish the full details of what is being treated by the police as an appalling terrorist attack,” May said in a statement.