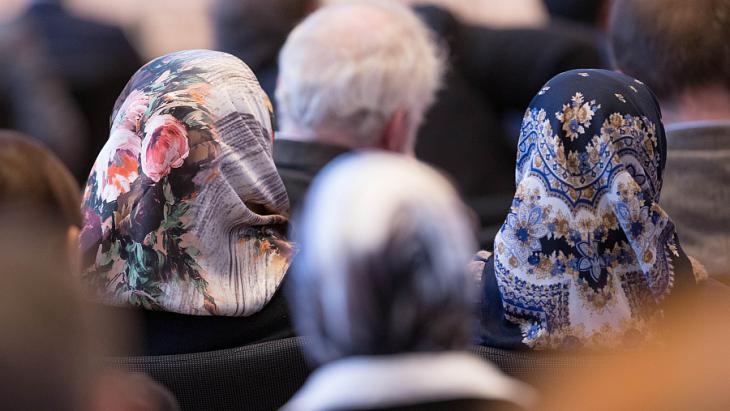 In the wake of the attack on a Christmas market in Berlin, Muslims are bracing for the next round of accusations. As more details concerning the possible motivation and origin of the perpetrator begin to emerge, Muslims in Germany know what is coming.

Last Monday evening we all had something in common. We had the same burning questions on our minds. Is it a terrorist attack? Is the perpetrator a refugee? A Muslim? So it is an Islamist act of terrorism?

Yet the brief shared moment is already over. This is because the way we deal with these questions differentiates us from each other. While some were still busy hoping that it is wasn't an Islamist attack, others were already allowing themselves answers to these questions. Now, first and foremost Muslims here in Germany are internally preparing themselves for the next round of accusations.

Even before the police issued any information about the possible Islamist background of the attack or whether the perpetrator might have been a refugee – the AfD and the CSU had already pre-emptively blamed Merkel's refugee policy. How can people seriously believe that terrorism has a regularity, a model that only fits certain criminal groups? How can people seriously talk about the refugees or the Muslims?

And how do people respond? With hate. Whether in the form of xenophobia, fanaticism or misanthropy. Is this not absurd? Is this not totally warped?

Terror aims to achieve one thing above all else: to spread fear and horror.  To divide society, foment hatred. But terrorist attacks will never provide answers to complex questions. They will always be terrible, senseless and treacherous. They will never explain the complexity of us human beings.

When a lone gunman launched crazed attack on defenceless people in Munich last summer, the immediate assumption was that this could be an Islamist attack. When it emerged that the perpetrator had an Iranian background, that cleared things up for many people. Iran? A Muslim country. Aha. Of course. Come on then, dear Muslims: the onus is now you to be especially critical of the attack, after all he is a fellow Muslim acting in the name of the faith. Some people only need to hear the nationality or the religious affiliation of a perpetrator and the accusations are repeated like a mantra. They have found their answers long ago.

But the crime had a right-wing extremist background. The perpetrator admired Hitler and Breivik and described himself as an Aryan. He was an Iranian and a right-wing extremist – a challenging combination for many. He killed nine people, most of them from a migrant background. Terror has many faces. Terror does not provide any answers. Terror turns our lives upside down. It is up to us to protect our everyday lives. No fanatical terrorist or malicious populist should succeed in poisoning our coexistence.

If you read hundreds of Tweets or Facebook commentaries, you'll always come across the same views: one insults Angela Merkel, refugees and Muslims, the others warn against generalisation, division and stirring up hatred. And then there are still those voices worried about their future in Germany. In this country many people now fear being taken for someone they are not and never will become. Refugees, who say they are being perceived not as people, but as troublemakers. Female Muslims who are afraid of going out wearing a headscarf, or of being insulted in the subway in front of their children.

But they are also feeling grief, anger and fear. They don't have the immediate need to cry: "It's not our fault!" For the simple reason that it really hasn't got anything to do with most of them. While many Muslims here in Germany have for decades felt integrated in the German sense of "we", now the majority is demanding that they again set themselves apart and distance themselves from terrorists. It has thereby long been clear for most: One for all and all for one. Why does the majority society need yet another confirmation?

In the face of all the questions and concerns, one feeling is forgotten above all others: genuine grief. Grief for people who have lost family members, friends or partners just before Christmas. For people who simply wanted to end the working day doing something pleasant before going back to work the next day. If we were to grieve the victims together, then terror would have already lost. Why does no one have time to stop and think anymore? We should be grieving together.

This article was originally published by qantara.de