The Mujahedeen-e Khalq terrorist group has claimed responsibility for the assassination of 5 members of Iranian Revolutionary Guards during two attacks in Gilan and Mazandaran, Iranian northern provinces, in 1983.

According to the confession, in one attack, an operational unit of MKO based in forests of Talesh, a county in Gilan Province, assassinate three members of Iranian Revolutionary Guards during an ambush-style attack on February 22, 1983. The news adds that in another attack, on MKO terrorists shot and killed two IRGC forces named Khosro Faraji and Yousef Ali Darkhosh in forests of Qaem shahr, a city in and the capital of Qaem Shahr County, Mazandaran Province, on March 19 and March 20, 1983.

Ambush-style attacks were among the common techniques of terror practiced by the MKO during the early years of the 80s. 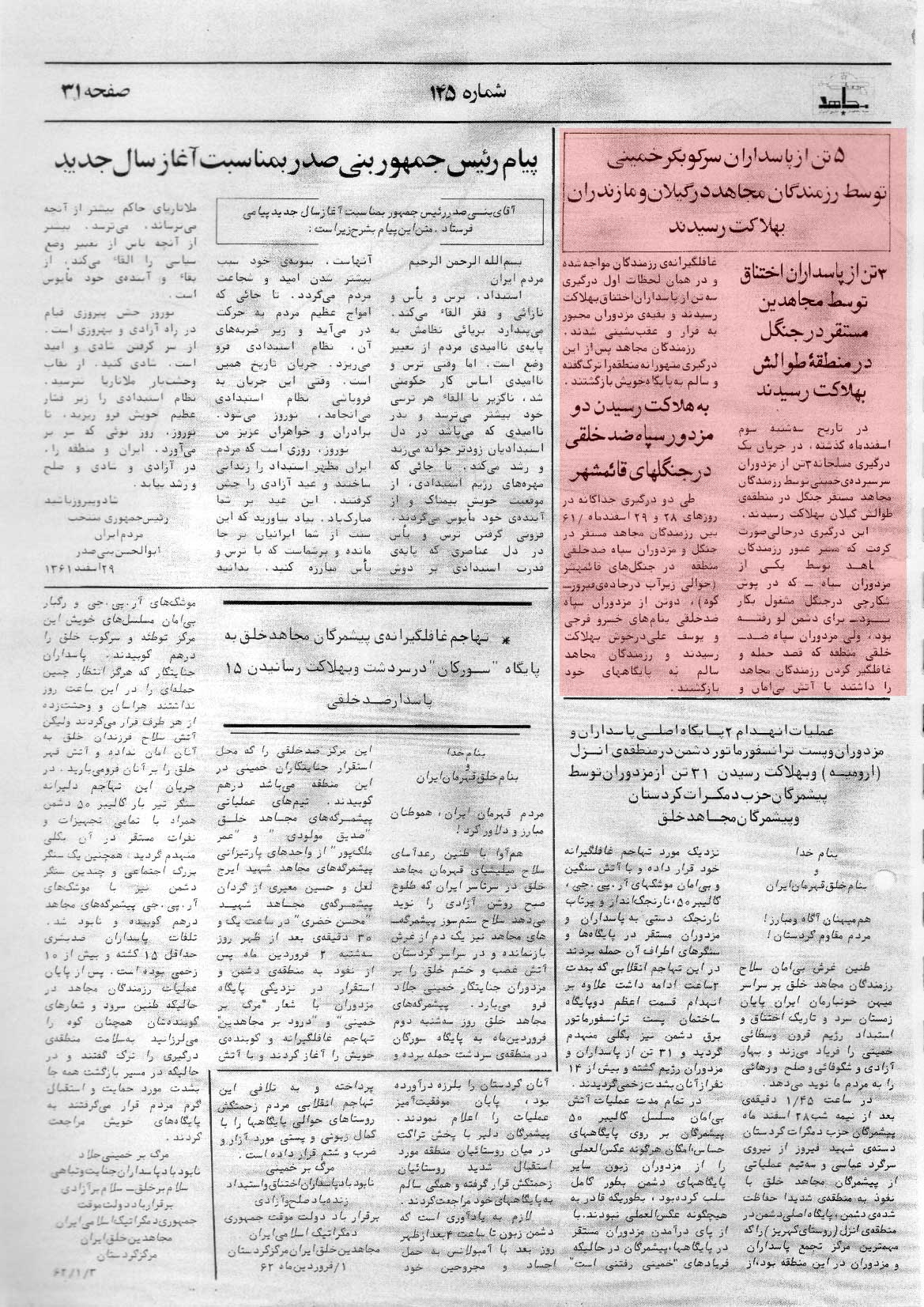