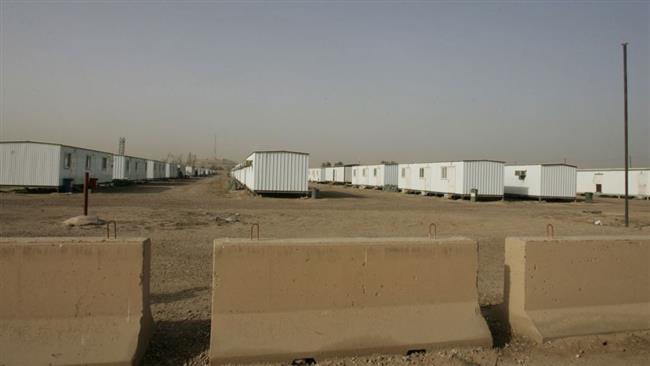 The last remaining members of the anti-Iran Mujahedin-e Khalq Organization (MKO) have been relocated from a camp in Iraq to Albania.

According to a Friday statement released by the terror group, the last 280 MKO terrorists were all flown to Albania after leaving Camp Liberty (Hurriya), a former US military base in the Iraqi capital Baghdad.

“This final round of departures marks the successful conclusion to the process of relocating members of Mujahedin-e Khalq Organization (MKO) outside of Iraq,” it said.

The UN refugee agency also confirmed that all the remnants of the group had left the Arab country.

“The international community has now successfully achieved the relocation of all Camp Hurriya residents from Iraq to third countries,” said William Spindler, the spokesman for the Office of the UN High Commissioner for Refugees (UNHCR), on Friday.

Back on August 25, another 155 members of the group, including a number of its senior leaders, had fled Iraq for Albania.

Iraqi leaders had long urged MKO remnants to leave the Arab country, but a complete eviction of the terrorists had been hampered by the US and European support for the group.

The MKO, the most hated terrorist group among the Iranians, has carried out numerous terrorist attacks against Iranian civilians and government officials over the past three decades. Out of the nearly 17,000 Iranians killed in terrorist assaults since the victory of Iran’s 1979 Islamic Revolution, about 12,000, including many top officials, have fallen victim to MKO’s acts of terror.

The terror group fled Iran for Iraq shortly after the Islamic Revolution and began receiving support from Iraqi dictator Saddam Hussein, while siding with him in his eight-year bloody war against Iran in the 1980s.

In December 2011, the UN and Baghdad agreed to relocate some 3,000 MKO members from Camp Ashraf in Iraq’s Diyala province to Camp Liberty. Another group of the MKO terrorists was evicted by the Iraqi government in September 2013 and relocated to the camp to await potential relocation to third countries.

On August 4, Iran’s Ambassador to Baghdad Hassan Danaeifar said that the Iraqi government with the cooperation of the UN had expelled 65 percent of the MKO terrorists and the rest would be deported in the next 45 days.

There has also been a deep-seated resentment toward the group in Iraq both for its criminal past and its full support for Saddam in the brutal crackdown on his opponents.

The terrorist group, which has built a cult-like following, is also known for the brutal elimination of its own members over dissent.