The Mujahedeen e-Khalq terrorist group has accepted responsibility for the murder of a member of Basij volunteer forces in 1982.

Among the news published in Jomhouri-e Eslami that the MKO’s publication has referred to it as a document for its bravely operations, one is about assassination of an Iranian Volunteer in 1982. According to this news, the Volunteer’s name was Sohrab Berenji, whose funeral was held in the city of Astara in February 1982. By referring to the Encyclopedia of 17000 Iranian Terror Victims for identification of Sohrab Berenji, it was found that his true name had been Sohrab Berenjchi who was murdered in a terrorist attack in Baneh, Iranian Kurdistan on February 18, 1982. In search for the exact details of the MKO’s victim, it was found* that he had been a farmer in Gilan province who joined the Jihad of Construction (Jahād-e Sāzandegī), one of the Iranian Revolution’s organizations, in Astara. With the start of the Iran-Iraq war, he went to Kurdistan Province, where he was assassinated by the MKO terrorist group in Hesar Sefid, a village in Baneh County.

* The Database of Lavandavil’s Martyrs 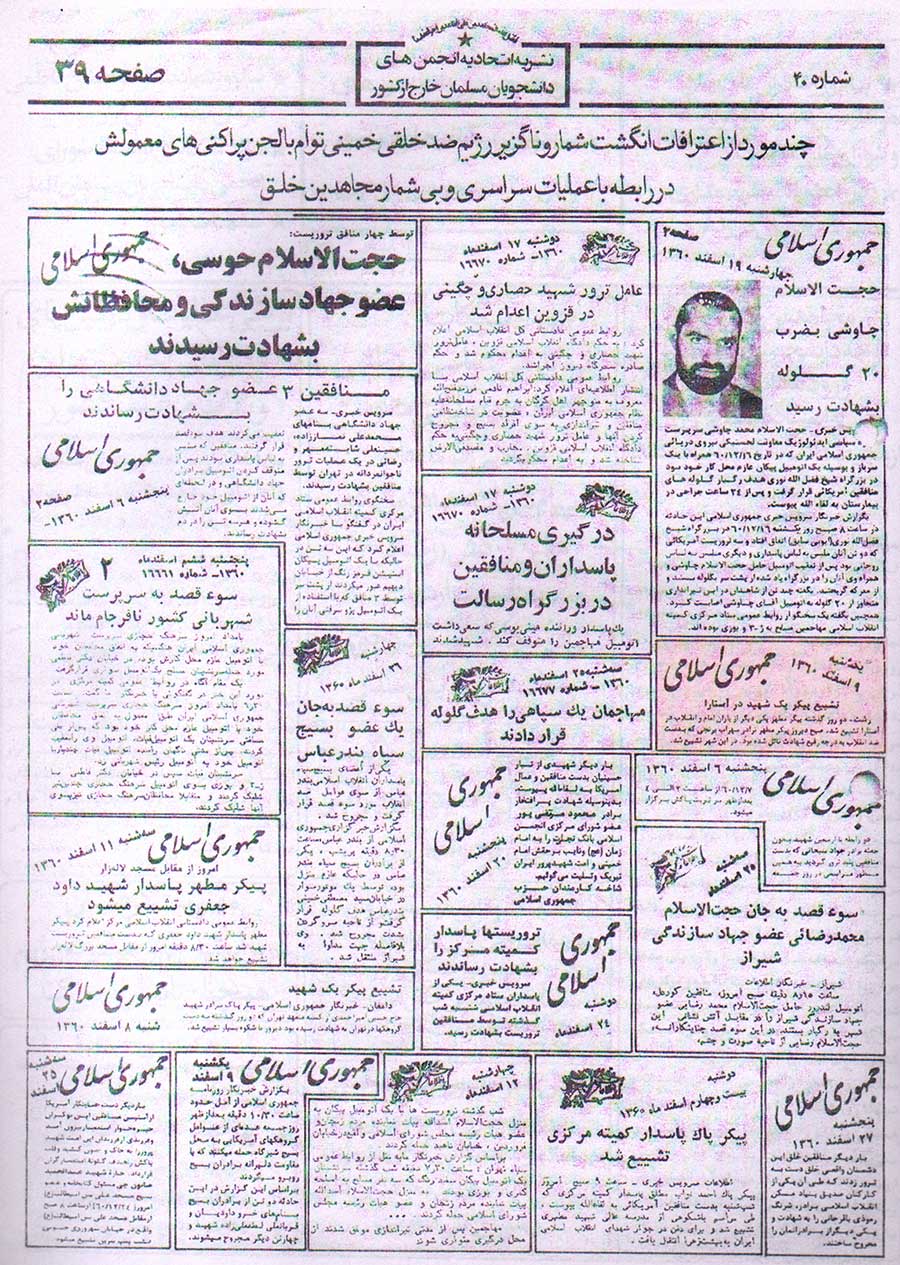