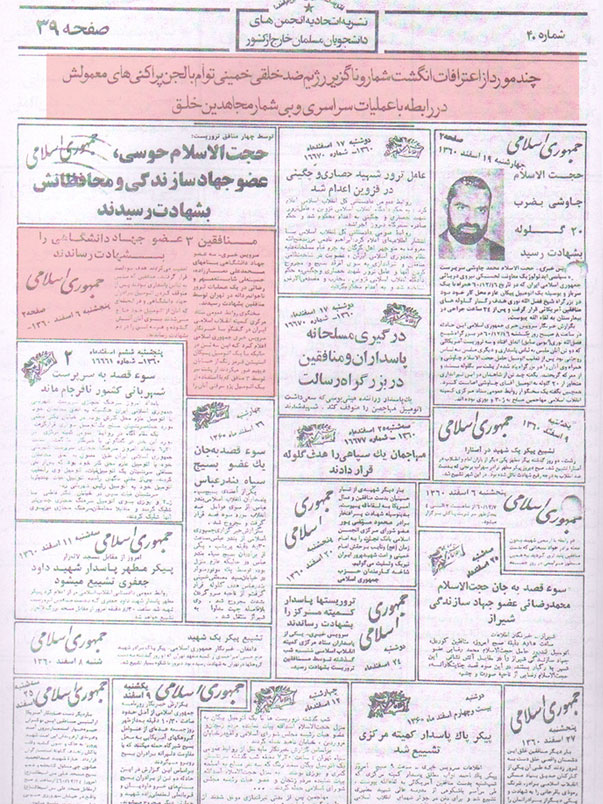 The MKO terrorist group has confessed to a series of terrorist attacks against Iranian people at No. 40 of the Journal of Muslim Student Associations’ Union Abroad, one of the group’s press organs during early months of the 1982, citing the attacks as “numerous nationwide operations”.

At that issue, the journal's editors have collected some news about the MKO’s assassinations during February and March 1982 from an official Iranian newspaper named Jomhouri-e Eslami (Islamic Republican) and attached them in one single page. There, the MKO describes these news as “some of the Iranian government’s confessions about numerous nationwide operations” of the MKO.

Among the news published in the newspaper that the MKO’s publication has referred to it as a document for its bravely operations, is about assassination of 3 Iranian government employees on February 25, 1982. According to the MKO’s journal, those men were personnel of the Academic Center for Education, Culture and Research (ACECR or Jahād-e Dāneshgāhi in Persian) for whom any security or military affiliation has not been mentioned.