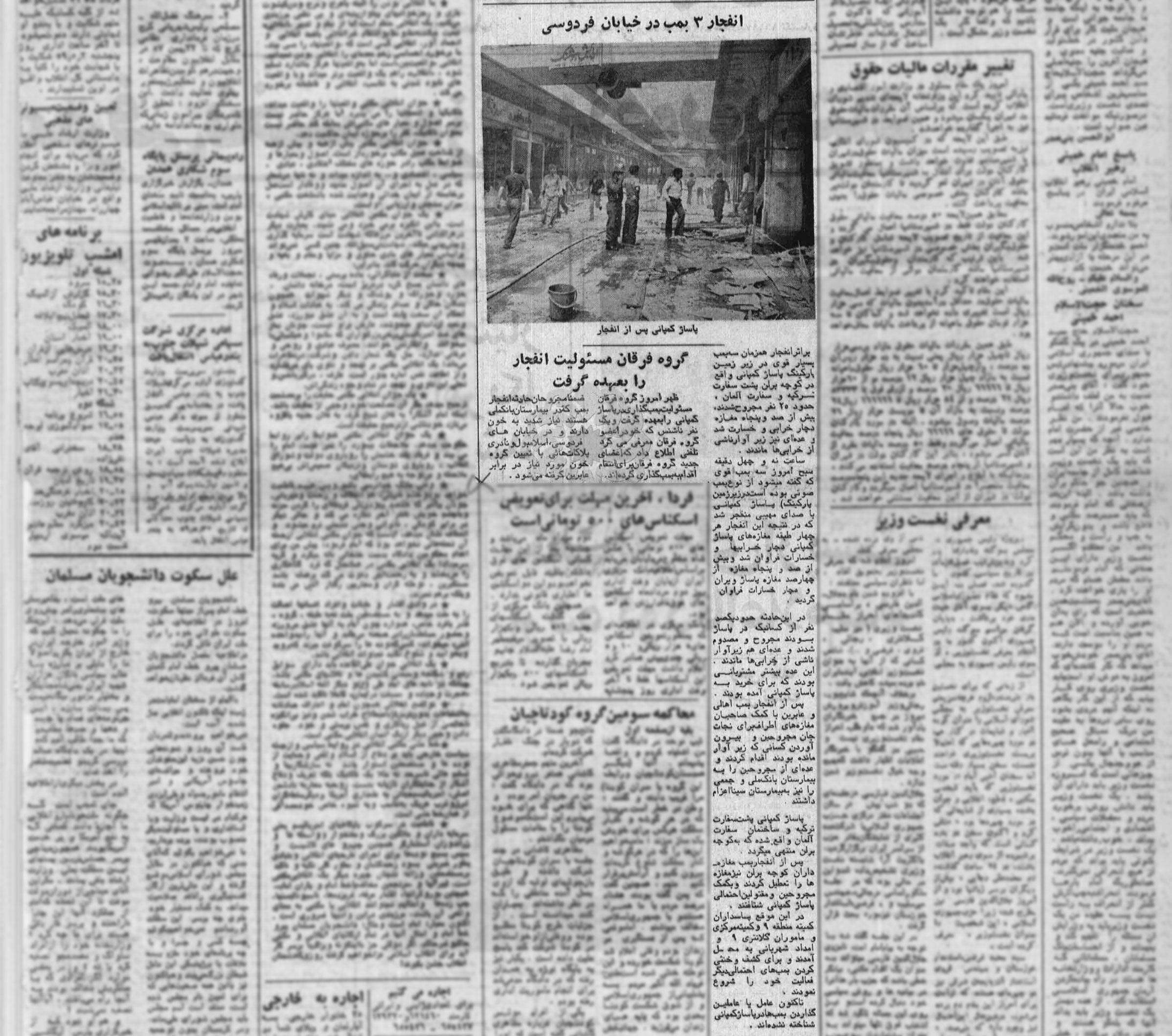 Three of five powerful sound bombs were exploded in Company Passage in Berlin alley, killing at least 6, including four women and a child, and injuring 100 more. Five stores were destroyed and 50 others were damaged. Furqan took responsibility for the bombings. Simultaneously, three other groups took credit for the blasts. The news of the blasts was published in Jomhouri Eslami, Ettela’at and Kayhan newspapers on July 23 and 24, 1980.