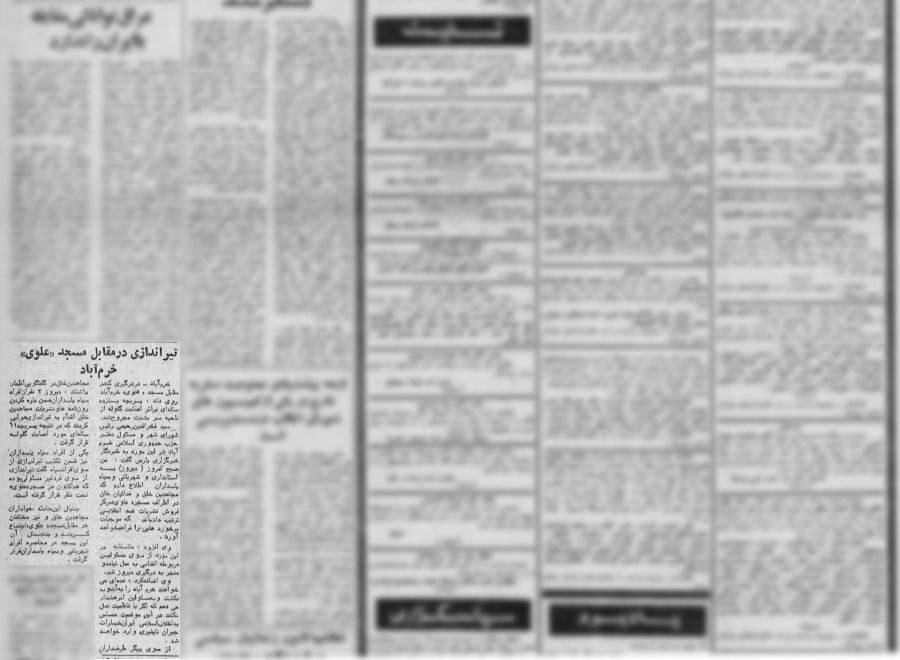 Members of the Mujahedin-e Khalq Organization had resorted to violence against innocent civilians long before July 1981. Hundreds of documents have listed the group’s armed clashes with people and law enforcement forces since the early days of Islamic Revolution. According to a news published in Ettela’at Daily on April 17, 1980, members of the MeK started an armed clash outside the Alavi mosque in Khorramabad’s Lorestan province, in which an eleven-year-old boy sustained severe head injuries caused by the gunfire.