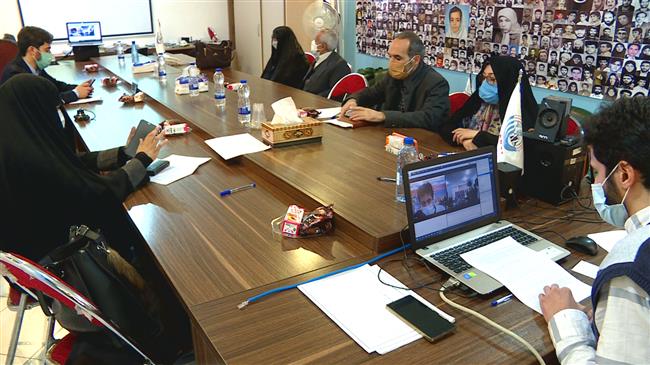 Who is a terrorist? These rights activists in Tehran say the West does not have a unified definition of the word terrorism.

A case in point they say is the Syrian conflict, where the US views the terrorists as opposition groups who aim to topple the Assad government. And Hezbollah, which is a popular party in Lebanon, is branded by the US as a terrorist organization.

Having lost over 17,000 people in terror attacks, Iran regards itself [as] a major victim of terrorism. Since Iran's 1979 Islamic Revolution, the US-backed Mujahedin-e Khalq Organization, or the MKO, has had a dark history of assassinations and bombings targeting both Iranian statesmen and people.

The majority of the victims of terror attacks in Iran were targeted by the MKO terror group. In 2012, the US removed the MKO from its list of terrorist organizations. The move is regarded by Iranians as an example of Washington’s double standards on the issue of terrorism.

In 2012 and after the US and Europe delisted the MKO as a terrorist entity, the terrorists were relocated from a US military base in Iraq to Albania and France; ever since, the MKO has held regular meetings with American and European officials.

This example easily spills the beans on the US's intention and why it is not willing to call the MKO terrorists.

The webinar was held simultaneously with the 46th session of the United Nations Human Rights Council.

Organizers of the Tehran webinar say this concurrence relays a message to the UN that its inaction toward the double standards by the West on terrorism is translated into a green light for more rights violations by the US.