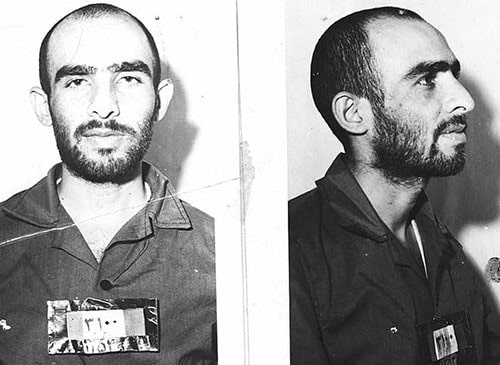 It is worth mentioning that after Reza Rezaei was hit, Majid Sharif Vaqhefi entered the centrality of the organization and thus, from the summer of 1973 onwards, central member included Taghi Shahram, Bahram Aram and Majid Sharif Vaghefi.

To the best of the author’s knowledge, all issues introduced in the Green Booklet (i.e., the booklet which was the result of careful analysis and evaluation of the organization’s activities from the beginning) were generally agreed upon by all central members including Sharif Vaghefi: although there might have been differences of opinion about some details.

Later on, after detailed discussions of the issues, it was proposed that problems of the organization were due to its ideological deviations. At this point, disputes arose within the centrality and some cadres.

At the heart of these disputes was Majid Sharif Vaqefi, who did not agree with abandoning the religious ideology and accepting Marxism.

However, since he himself did not have the necessary theoretical background and enough determination, he could not persuade the other central members especially Taghi Shahram. This caused him to take a passive stance, start having doubts about himself and gradually get isolated.

This can be seen in one of his letters where he criticized himself while regretting that he was not able to stand against problems. He considered Bahram Aram as an individual with positive characteristics and wished to become someone like him.

Following the escalation of Majid Sharif Vaqefi's disputes with other elements, he put forward his problem with people under his authority like Morteza Samadieh Labbaf and asked for his help. They decided to oppose the organization through going rogue and taking control of the facilities that the organization had provided them with.

In this regard, they seized the weapons depot, which was in the possession of Saifullah Kazemian (Samadiyeh Labaf’s subordinate), and refused to give back its keys to Bahram Aram. At this point, Taghi Shahram and Bahram Aram decided to eliminate these two people so as prevent the formation of any independent organized group.

On May 6, 1975, they assassinated Sharif Vaghefi and wounded Samadiyeh Labbaf. He was taken to hospital and then to SAVAK prison. Despite all his efforts to conceal his identity and what he knew about the organization, Vahid Afrakhte (one of the caderes of the organization who was captured after assassinating two Americans) revealed to SAVAK who Samadiyeh Labbaf was and this caused him to be sentenced to death by the regime.

As far as the author knows, except for Shahram and Aram and also Afrakhte and Khamoushi who pulled the trigger, nobody knew about the assassination plan. Even Sharif Vaqefi's wife- Leila Zomordian- who was a member of the organization was unaware of this plan; but later on, she found out about it.

The vast majority of the organization members including the officials and those abroad were notified of this assassination for the first time through a TV interview with Mohsen Khamoushi in August 1975.

Before we move on to the discussion of the issues related to the ideological change, we need to go back a little and explain briefly the events that occurred inside and outside of Iran in the meantime.

In August 1973, as they were approaching the anniversary of 28 Mordad coup d'état, the organization decided to carry out an explosion in one of the regime-related centers. Before the operation and during testing the bomb timer, the detonator wire short-circuited and exploded and led to the injury of Meisami (one of the old, experienced engineer and cadres of the organization) and Simin Salehi- Bahram Aram’s wife. Both of them were captured and sentenced to life imprisonment.

The same thing happened to Ebrahim Johari- one of the organization’s cadres. A bomb, due to a problem with the timer, detonated in his hands which led to his capture by the police and being sentenced to life imprisonment.

In the spring of 1975, simultaneously with growing internal disputes, the organization carried out a series of military operations including the assassination of Brigadier General Zandipour- the head of the Joint Committee. Afterwards, the organization issued a statement and for the first time, it refused to quote the Qur'anic verse "Yet God favors the strivers, over the inactive, with a great reward", which used to be written on top of their logo until then.

One of the military operations carried out by the organization at that time, which failed, was the assassination of an American counsellor. Hassan Hassanan, who was himself an employee and a translator of the embassy, had planned the operation. He was supposed to leave the house with the American counsellor in a car, and someone else was responsible for giving a signal if the counsellor was with him in the car so that the assassination operation would start and in case the counsellor was not present, the operation would be delayed.

On the day of the operation, Hassanan left the house with the driver but the counsellor was not with him. A negative signal was given to Mohsen Khamoushi, who was responsible for the operation. However, he misread the signal and assumed the counsellor was there. He started shooting at the car and murdered Hassanan. In this regard, the organization issued a statement in which this incident was criticized.

In the spring of 1975, the organization assassinated two high-ranking American advisers. This action made both the Shah and the United States concerned and also had widespread reflections in Iranian and foreign news.

Therefore, SAVAK mobilized a large force to strike a blow on the organization so as to prevent the reoccurrence of such operations and it succeeded in doing so. It managed to capture a relatively large number of organization members and then sentence them to death in a trial.

As mentioned earlier, Morteza Samadieh Labaf, who was assassinated by the organization in May 1975, was taken to hospital with injuries and his identity was exposed by Vahid Afrakhteh. He was executed along with the above-mentioned individuals.