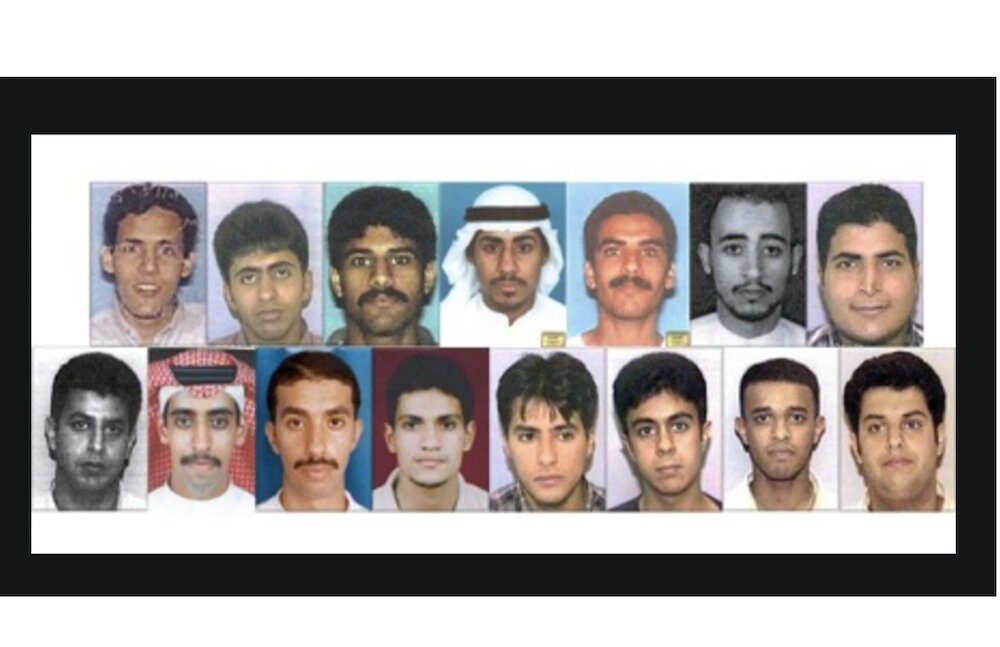 Approximately 19 years after September 11, 2001 attacks on New York and Washington, the family members of the victims as well as the American public opinion do not know how much evidence exists to connect the Saudi government with the crime, expecting the relevant security bodies, including the FBI, to be brave enough to disclose ties between the hijackers and the Saudi official.

Kelley Beaucar Vlahos, a former bureau reporter for the FoxNews and a social media strategist, has reviewed in her report published by the American Conservative, a mistakenly leak of secret information by the FBI over Saudis' involvement in the terrorist attacks in 2001.

"It has been so long that we forget why Americans are so mistrustful of Saudi Arabia and its despotic monarchy. It’s not about oil, or their human rights, or even the dismemberment of journalist Jamal Khashoggi (though that all undoubtedly plays a part)," she wrote in her analytic report.

It’s their long assumed role in the September 11, 2001 attacks on New York and Washington.

Fantastically, that was brought all back to seering clarity yesterday when Yahoo News reported that the FBI had mistakenly unmasked the name of a Saudi embassy official who has been long linked with the hijackers on 9/11. The name has since been “re-masked” so to speak, but not before the press seized upon it and reminded Americans how close the Kingdom of Saud was to the worst terrorist attack on American soil in our history.

She further quoted reporter Michael Isikoff, who broke the story at Yahoo, as explaining that the disclosure came in a new declaration filed in federal court by a senior FBI official in response to a lawsuit brought by families of 9/11 victims that accuses the Saudi government of complicity in the terrorist attacks.

The declaration was filed last month but unsealed late last week. According to a spokesman for the 9/11 victims’ families, it represents a major breakthrough in the long-running case, providing for the first time an apparent confirmation that FBI agents investigating the attacks believed they had uncovered a link between the hijackers and the Saudi Embassy in Washington.

Not surprisingly, the filing in question was part of an attempt to keep the Saudi officials name and “all related documents” secret.

Ironically, the declaration identifying the Saudi official in question was intended to support recent filings by Attorney General William Barr and acting Director of National Intelligence Richard Grenell barring the public release of the Saudi official’s name and all related documents, concluding they are “state secrets” that, if disclosed, could cause “significant harm to the national security.”

Right. Nearly 20 years after the fact, the American public does not know how much evidence exists to connect the Saudi government with the crime—but it is not for a lack of trying. The last two decades have been a painstaking exercise in discovery, with three administrations and a mostly compliant Congress enforcing legal roadblocks all the way. Isikoff’s reporting is a brilliant reminder of that.

We know that 15 of the 19 hijackers were Saudi nationals and that Saudi Arabia had been aggressively promoting its extremist brand of  Islam throughout the world for decades, including establishing Wahabbist mosques and distributing religious textbooks here in the U.S. We know those teachings informed the Al Qaeda terrorist organization that plotted and executed the 9/11 attacks.

Washington has been accused of covering up for the House of Saud from the very beginning. Every administration—Bush, Obama, and now Trump—has attempted to thwart the lawsuits by the 9/11 families to out the Saudi connection and retain restitution for victims of the nearly 3,000 killed.

Court after court has said the lawsuits can go forward. Saudi Arabia has spent millions of dollars in trying to influence Congress, even using our own veterans in a foolhardy lobbying campaign to stop the cases from moving forward. They have been unable, so far, to overturn a 2016 law (JASTA) that made it easier to file terrorism suits against other countries in U.S. courts.

The kingdom has long denied that any official has been directly connected to the attacks. The families have centered their case, so far, on Fahad al Thumairy, an imam at the King Fahad Mosque in Culver City, California, and Omar al Bayoumi, said to be a Saudi intelligence officer. They say the two were helping the hijackers acclimate here in the U.S. before the attacks.

This is where Isakoff’s findings come into play:

A redacted copy of a three-and-a-half page October 2012 FBI “update” about the investigation stated that FBI agents had uncovered “evidence” that Thumairy and Bayoumi had been “tasked” to assist the hijackers by yet another individual whose name was blacked out, prompting lawyers for the families to refer to this person as “the third man” in what they argue is a Saudi-orchestrated conspiracy.

That third man’s name has been meticulously redacted in every reference, except for the mistake found by Isikoff, where he was named as “Jarrah.”

Mussaed Ahmed al-Jarrah, according to Isikoff, is “a mid-level Saudi Foreign Ministry official who was assigned to the Saudi Embassy in Washington, D.C., in 1999 and 2000. His duties apparently included overseeing the activities of Ministry of Islamic Affairs employees at Saudi-funded mosques and Islamic centers within the United States.”

Jarrah “was responsible for the placement of Ministry of Islamic Affairs employees known as guides and propagators posted to the United States, including Fahad Al Thumairy,” according to Catherine Hunt, a former FBI agent based in Los Angeles who has been assisting the families in the case and issued this information in a court declaration.

All of the information regarding Jarrah has been sealed and classified as “state secrets.” While Trump has told the 9/11 families he would help them, even calling James Comey and Robert Mueller, “scum” for helping to obstruct their ability to get information that would bolster their case, it is clear that Trump’s own people—Barr and Grennell—are taking on that role for his White House. The question is, how long will this go on, and will Trump’s recent cooling towards the Kingdom provide some opening for the 9/11 families, and the American people, to finally get the truth?

China ready to work with Iran in fight against terrorism