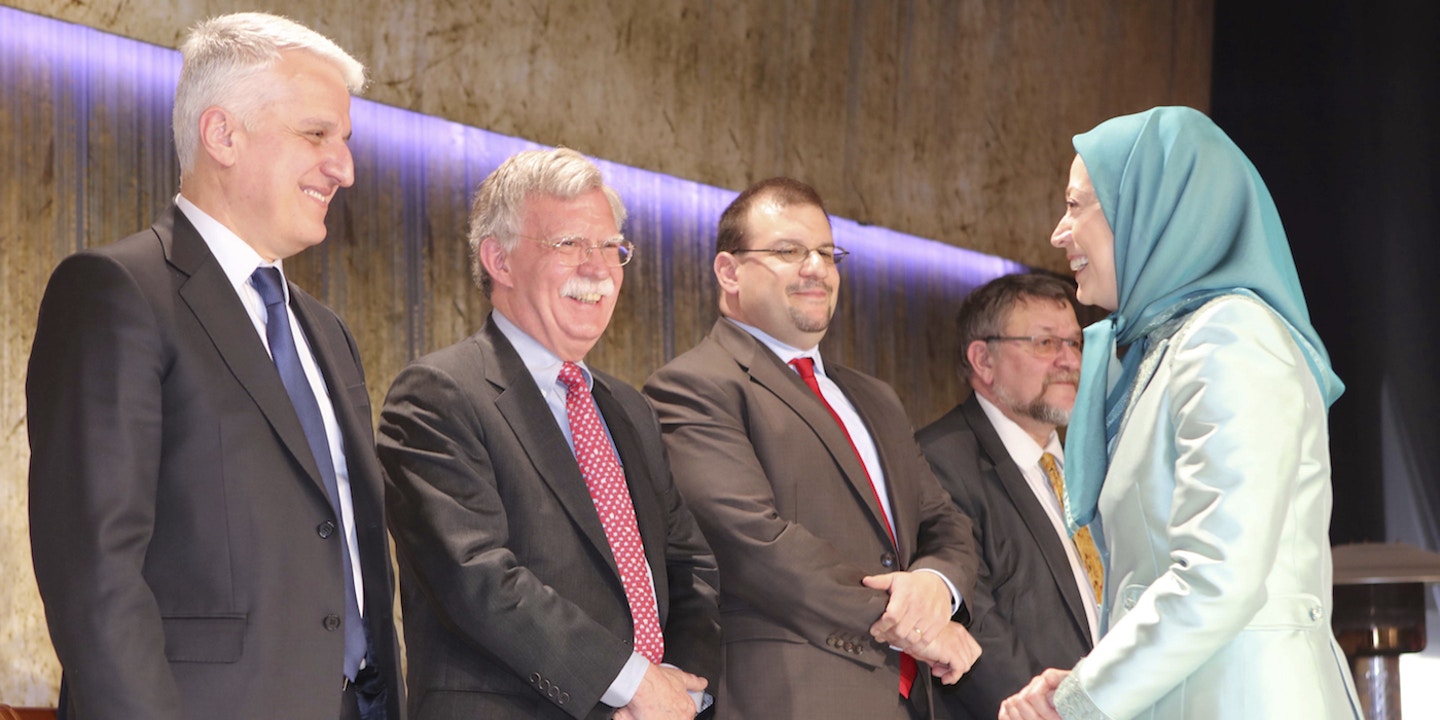 Until recently, what passed for “Iran policy” in the Trump administration originated in the president’s obsession with his predecessor. If President Barack Obama was going to open dialogue with the Islamic Republic, then this president would shut it down, and return to 40 years of futile exchanges of threats, insults, and accusations.

If President Obama and five other nations made an agreement (the Joint Comprehensive Plan of Action, or JCPOA) to limit Iran’s nuclear pro­gram in exchange for limited sanctions relief, then this president would tear up the agreement, ignore our partners, and impose more sanctions. Trump disliked the JCPOA not because of anything in it, but because Obama had made it, and he—the world’s greatest negotiator—had not.

Trump’s new secretary of state, similarly named to the ill-fated Roman triumvir Pompeius Magnus, understands his chief’s obsessions very well. At a January 2019 speech in Cairo, where ten years earlier President Obama had spoken of a “new beginning” with the Muslim world, Secretary of State Mike Pompeo shocked his audience and flattered his boss by publicly trashing Obama’s efforts to find a more productive diplomatic path with Iran. He did the same at a May 11 Claremont Institute event, continuing to denigrate his predecessors’ work and claiming, in a message to State Department employees, that “now we’re back to where we should be—more clear-eyed than ever.”

Pompeo’s pointless fulminating against Iran has at least the motivation of flattering his boss and feeding the president’s fixation with his predecessor. There is no policy goal except to be self-righteous. There are no means except denunciations, ultimatums, and insincere expressions of sympathy for ordinary Iranians. In a strange twist, in a July 2018 Reagan Library event, the secretary accused the Iranian leadership of being a “mafia.” I guess Pompeo doesn’t do irony.

Feeling good and flattering the boss may not be the most worthy objectives of an Iran policy, but they are at least understandable—and have nothing to do with Iran.

Our secretary of state seems to care nothing for history. He shows no knowledge of or interest in what has led to today’s U.S.-Iran impasse, which could now escalate into open warfare through misreading the other side’s actions. Nor is there any sense that diplomacy can achieve what 40 years of chest-beating has not. There is no talk of “open doors,” mutual interest, or win-win outcomes. The only thing offered to Iranians is surrender.

Nor does Pompeo have any appreciation for the ignorance, deception, greed, and self-interest that led the United States into earlier fiascos in Vietnam and Iraq. Those misadventures have done irreparable damage both to those unfortunate countries and to American society. As a West Point graduate and former U.S. Army officer, he should be at least aware of the lies and incompetence that sent his fellow soldiers to Vietnam and killed and maimed so many there. The U.S. Army is famous for conducting “lessons learned” reviews whether operations go well or badly. Was Pompeo paying attention to the session on Vietnam? On Iraq? Is he going to remain silent or be a cheerleader while events with Iran follow a similar path into a swamp?

But One cannot accuse National Security Adviser John Bolton of having no goal with Iran. His goal is clear: the downfall of the Islamic Republic, by war if necessary, and its replacement by his paymasters, the bizarre cultists of the Mujahedin-e-Khalq organization, or MEK.

The group, whose logo features a red star, a Quranic verse, and a rifle, began in the 1960s as so-called “Islamic-Marxists.” With a militant, anti-American reinterpretation of Shia Islam, they fought alongside Ayatollah Khomeini against the Iranian monarchy. Two years after the revolution, the Islamists in Khomeini’s coalition turned on the group and crushed it after bloody street battles and assassinations.

Following those defeats, the MEK transformed itself into a bizarre cult, with an ideology combining the practices of Jonestown and the Khmer Rouge. Today it would be only a historical curiosity with a few aging followers if it had not invested so much and so wisely in Bolton. Despite the MEK’s dubious past, including terrorism against Americans and support for the 1979–1981 occupation of the U.S. Embassy in Tehran, it has an even more dubious present, with welfare fraud, forced divorces, self-criticism sessions, and a range of other cult practices. As odious as it is, its paid shill now occupies one of our country’s highest national-security positions.

The MEK pays its speakers generously. Figures range from $25,000 to 50,000 and sometimes more. Since Bolton, by his own admission, has been speaking for the group for at least ten years, he has made serious money—around $180,000 by one estimate. His most recent financial disclosure includes a $40,000 payment for a 2017 speech he delivered at an MEK rally in Paris.

The group’s success—despite its aberrant beliefs—is testimony to the power of money spread generously. The MEK has bought support from bipartisan quarters. Its paid American cheerleaders include a former House Speaker (Newt Gingrich), a former cabinet secretary (Bill Richardson), retired generals (Jim Jones, Peter Pace), a former mayor of our largest city (Rudy Giuliani), and a former governor of one of our most progressive states (Howard Dean). They have spoken both at rallies in Europe and at events in Washington.

The MEK has made no secret of its goals: to provoke a war between the U.S. and Iran. In the aftermath, it calculates it would move into the wreckage and pick up the pieces.

I recently spoke about the group and its influence to a highly educated audience in Washington—graduates of three of the world’s best universities. Most of the Americans present were unaware of the MEK and its payments to the bellicose national security adviser. All of the Iranian Americans at the meeting, however, knew the group well and detested it. They knew its murderous history in Iran: They knew that in 1979–1980 it supported Iran’s religious extremists in their campaign to silence voices calling for democracy and women’s rights; they knew it called for more executions in the early days of the revolution; they knew it fought alongside the hated Iraqis during the long and bloody Iran-Iraq war; they knew it even launched an armed invasion of Iranian territory in 1988—an invasion stopped with heavy losses.

Although the Iranian Americans present expressed no love for the brutal rulers of the Islamic Republic, they knew that an MEK-ruled Iran would be far worse. It would bring them all the horrors of Stalinism—gulags, one-man (or -woman) rule, confiscations, and executions for being a member of the wrong social class. The current regime has killed thousands. The MEK would kill millions.

By all reports, much of Iran’s population—whatever its view of the Islamic Republic—shares this deep hatred of the MEK. Most Iranians are not deceived by its claims of being democratic. They know its history.

A U.S.-Iran war would inflict heavy damage on Iran’s infrastructure, economy, and population. It would also involve Americans in yet another fiasco in the Middle East. We would again find ourselves in a quagmire that would make Iraq look simple. We should reject the self-serving assumption that military action against Iran will be easy and without cost. It will be neither.

Finally, we must never stop asking, “Who is pushing for war with Iran and why?” The answer should make it very clear we have no business provoking this conflict to serve the interests of an Iranian cult and its paid spokesman.