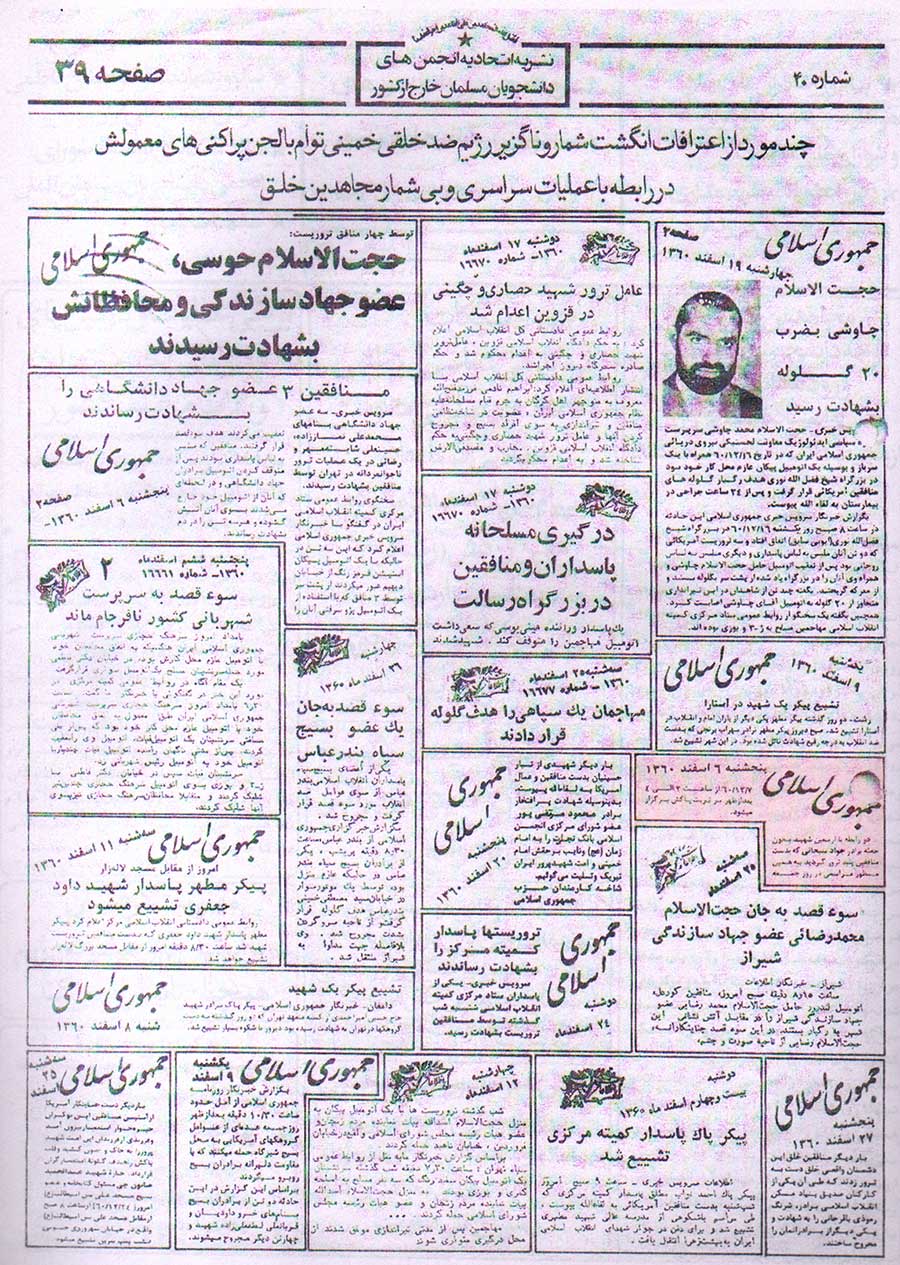 The Mujahedeen e-Khalq terrorist group has claimed responsibility for the assassination of a shopkeeper in Tehran in 1982.

Among the news published in the newspaper that the MKO’s publication has referred to it as a document for its bravely operations, one is about assassination of a person named Javad Sobhani who was assassinated by MKO terrorists. By referring to Habilian Association database, it was found that Javad Sobhani had been a Seller of home appliances who was assassinated in his shop by two agents of MKO on January 12, 1982. According to Habilian, Sobhani lost his live after 8 days of intensive care medicine at hospital on January 20, 1982.