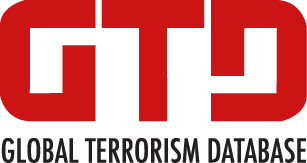 The National Consortium for the Study of Terrorism and Responses to Terrorism (START) was established in 2005 as a US Department of Homeland Security Center of Excellence based at the University of Maryland, tasked with utilizing state-of-the-art theories, methods, and data from the social and behavioral sciences to improve the understanding of the origins, dynamics, and social and psychological impacts of terrorism.

In 2009, START was recognized by DHS for outstanding contributions to the security of the United States for its long-term support of the Global Terrorism Database (GTD); an open-source database including information on over 87,000 domestic and international terrorist events around the world since 1970.

The Global Terrorism Database (GTD) is an open-source database featuring information on over 104,000 terrorist attacks around the world from 1970 through 2011.

According to GTD, 42 attacks of the MKO have been carried out in different Iranian cities, 3 attacks in Beirut, and 4 others in Madrid, Oslo, Washington, and Hamburg, and the targets range from private citizens to military and religious figures.

Since 1991 until 2001, the database contains 62 terrorist attacks performed by the MKO, 55 of which were carried out in different Iranian cities, 5 in Iraq, and two others in the US and Germany.