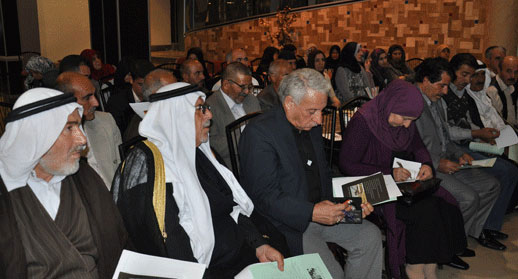 Referring to the Islamic Awakening movements in the region, Sayyed Mohammad Javad Hasheminejad Secretary-General of Habilian Association insisted that this movement has been started since 40 years ago in Islamic Republic of Iran. And Islamic Republic in order to enforce its Islamic ideals related to governments has made most of the countries in the region to accompany it, Habilian reported.

Describing the Islamic Awakening in the region as “stemmed from anti-oppressive tendencies of the people”, Hasheminejad said that this path has been crossed by Iran and Iraq despite all the obstacles which had been made by the enemies of both countries.

Terrorism attempts to separate nations from each other

Haheminejad made reference to the long-standing conspiracy of Arrogant Powers who spare no effort to separate nations of the region from each other and support terrorists who are one of their tools, and noted that these are the outcomes of dangerous presence of “those whose main concern is to dominate and exploit other countries.”

To mention a striking example of this problem, Secretary-General of Habilian Association alluded to Mujahedin-e Khalq terrorist organization and said “this decadent terrorist group assassinated 12000 people in our country and 25000 in yours.”

MKO is a terrorist group whether it is blacklisted or not

Hasheminejad made reference to the US list of terrorist organizations and said that “ MKO tries its utmose to get out of the list, since they think it would be beneficial to them.” "But whether they are listed or delisted from the US list of terrorist organizations, it holds the infamous record in assassinating hundreds of thousands of innocent civilians."

He added that in their propaganda campaign, MKO ringleaders announce that they have denounced their terrorist activates since 2001, in response to this absurd claim; he said “they make such an absurd claim, while most of the terrorists groups have been trained in MKO’s garrison since 2001.”

“How is it that many teenage girls participat in suicide operations, and then it becomes clear that they had undergone terrorism trainings at Camp Ashraf,” he added.

Referring to the Cult’s media, Hasheminejad noted “the websites of the Cult proves that they are always seek to create discord and sedition between Iraq and the neighboring countries, and they are working day and night to achieve this goal.”

In the end Habilian Association Secretary-General emphasized the necessity of unity among the Iraqi people for development and prosperity of their country and stated that “the MKO case will soon be closed in Iraq and some notorious terrorists will be displaced after so many years of staying in your country.”