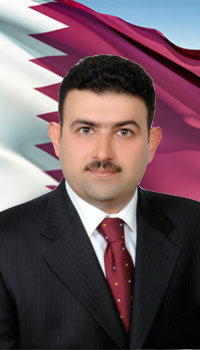 Ahmed al-Shikaki, political researcher at the Study and Research Center for the Arab and Mediterranean World, told Habilian that his government adheres to the good-neighborliness with neighboring countries and emphasized that “Qatar is not MKO’s next destination.”

Ahmed al-Shikaki said that Qatar in broadening relations with Iran does not pay attention to problems such as (different) language and race. "We cannot ignore the grounds of friendship and cooperation between Iran and Qatar," he added.

“Qataris are completely knowledgeable about this terrorist group and by no means let it impose negative effect on the relations of the two countries," al-Shikaki said when asked about Qatari peoples' knowledge about MKO.

The Iraqi government considers Mujahedin-e Khalq terrorist group as a threat to its national security and has repeatedly vowed to close their headquarters in Iraq, Camp Ashraf.

Nouri al-Maliki recently said, “we will no longer tolerate the presence of the MKO on Iraqi soil. This is an internationally sanctioned terror organization. It has not only carried out assassinations against political and religious personalities in Iran but it also has a bloody record in Iraq.”