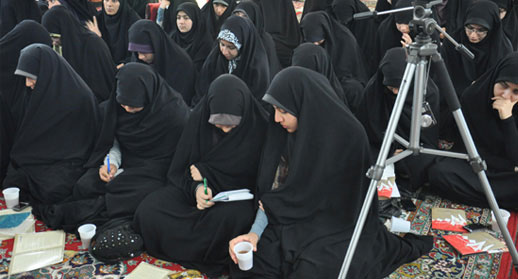 Mohammad Javad Hasheminejad made reference to passing about three decades from the victory of the Islamic Revolution victory and said that prior to the Islamic Revolution, Iran was “an island of stability” for the U.S. and its incompetent rulers accepted Israeli regime even more than Egypt and Turkey.

The region’s revolutions, inspired by the Iranian revolution

Referring to the establishment of a terrorist organization called “the Mujahedin Khalq Organization” a few years before the revolution in Iran, he said: “As it was established, the cult believed that Islam belonged to 1400 years ago and that its teachings were not suitable for revolution, so they adopted Marxism, which was by no means acceptable to Iranian people.”

He also pointed out the deceptions and frauds of the cult’s ringleader and said that a person like Masoud Rajavi, the ringleader of the cult, saved his life by snitching on his comrades.

“Through trickery the cult of Rajavi recruited young people and even it’s got to persuade the then president of Iran (Banisadr) to accompany with them so that he became separated from the people and he was walking into Rajavi’s trap,” he added.

He also made reference to the separation of some mullahs from the Islamic revolution and stated that late Montazeri was one of those individuals whom MKO managed to infiltrate his house and separated him from the Revolution and made him their companion.