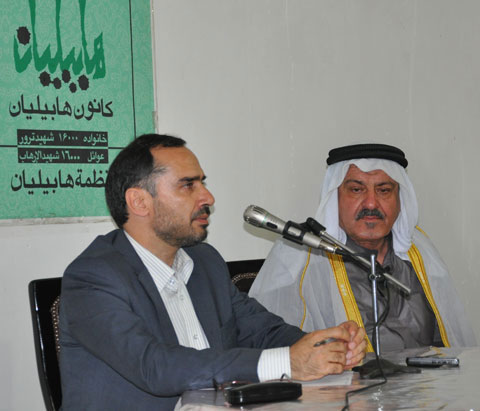 A number of senior officials from Iraq’s Tal Afar met the Secretary General of Habilian Association and discussed the interested topics.

As reported by Habilian Association database, The Tal Afar city council president who had come to Iran to see the developments and achievements of the country, said: “The Habilian Association is the representative of families of terror victims in Iran and we have also got more than 2000 martyrs and 8000 injured in our city as a result of terrorist activities.”

Sayyed Mohammad Abdul-Qadir Al Wahhab referred to the associations established in Iraq which are related to the terror martyrs and included: “The Iraqi government is committed to providing financial and moral support for these associations.”

He also reminded the black record of terrorist groups in Iraq and pointed out the support for families of terror victims provided by Tal Afar city council and he included, “Terrorists have made innumerable crimes in Iraq, i.e. they entered a hospital, dragged an injured out of the hospital, implanted bombs in his body and returned him to the hospital.”

Mentioning the significance of meetings with Iraqi groups, Secretary General of Habilian Association referred to some countries in the region who try to spread schism within Iraq to gain their own interests. 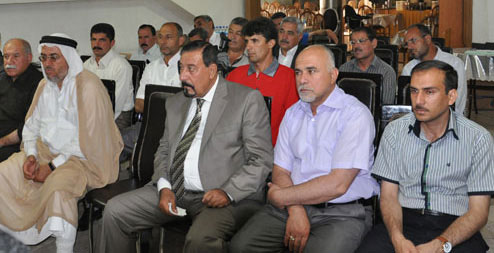 Sayyed Mohammad Javad Hasheminejad also referred to Saddam as a US puppet who tried to spread the schism through the country. Referring to the current status of Iraq, he said: “Since the new Iraqi government has started working, the security has improved in Iraq.”

Mentioning the recent economic crisis in the US, son of late ayatollah Hasheminejad also pointed out the Iraqi imposed war on Iran and described it as a tool used to postpone the Islamic awakening.

Hasheminejad mentioned the MKO as another tool used by the US to separate the two nations and to postpone the Islamic awakening movements. He also reminded the cult’s black record and said: “more than 12000 in Iran and 25000 people in Iraq have been assassinated by this terrorist group.”

Another participant in this meeting was Sheikh Hashem Antar who appreciated the Habilian association’s hospitality and mentioned: “Al-Qaeda and MKO have special connections for terrorist ops, so it is our (the Iraqi nation) responsibility to wipe the two terrorist groups off the map.”

“We and you are representatives of families of terror victims in our countries and I hope the Islamic awakening movement in Iraq leads to removal of terrorism in the country,” spokesperson for the Tal Afar tribal council, Sheikh Hashem Antar, reiterated.

We are both families of terror victims in our countries, and we hope the Islamic awakening in Iraq leads to uprooting terrorism from my country.