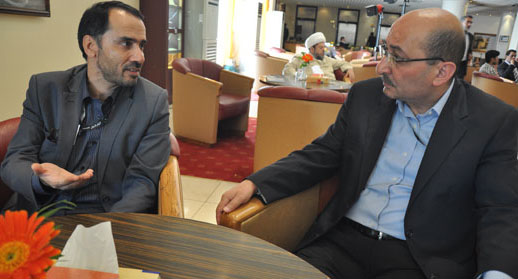 “Many of the MKO European supporters will be taken aback by knowing about the cult’s long history of criminal records” Said Adnan Siraj; President of the Center for Media Development, in a meeting with Secretary General of Habilian Association (Families of Iranian Terror Victims).

Referring to the MKO European supporters’ lack of knowledge over the cult’s long history of violence and terror, Adnan Siraj said in a meeting with Secretary General of Habilian Association: “when I talked to a group of Swedish politicians about the crimes MKO committed, they expressed great surprise and admitted that they knew nothing of the MKO bloody history of crimes.”

Member of the State of Law coalition went on and said: “Iraqi people are well aware of the Mujahedin-e khalq and the crimes they have so far committed.” Siraj also added: “Until now we have managed to hold about 30 congresses against the MKO parasitic presence in Iraq and the Iraqi people have set up 3 legal gatherings in front of Ashraf garrison in protest to their occupation of Iraqi lands and also the crimes they have so far committed against Iraqi people.”

Then Siraj pointed out the proposal for moving the MKO to Naghratul Salman region and said: “although the plan was rejected but the MKO is undoubtedly the enemy of Iraqi people and must be expelled from the country soon.”