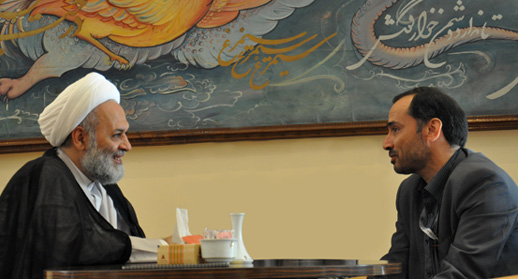 A senior member of the Supreme Iraqi Islamic Council (SIIC) called on the Baghdad government to adopt more serious measures in line with the expulsion of the terrorist Mojahedin-e Khalq Organization (MKO) from Iraq's soil.

"Iraqi government has not adopted a decisive and crushing stance on the MKO thus far," Jalaleddin al-Saqir said in a meeting with Seyed Mohammad Javad Hasheminejad, the secretary-general of Iran's Habilian Association - a human rights group formed by the families of 17,000 terror victims in Iran.

Saqir stressed that the government of Prime Minister Nuri al-Maliki should adopt more serious and tougher actions in this regard.

He referred to the US double-standard position on the MKO, and said the American officials are well aware of the terrorist nature of the group but they use it as a leverage to pressure Iran.

Since the beginning of this year, the Baghdad government has repeatedly assured Iranian officials and people that it is determined to expel the MKO from Iraq by the end of 2011.

Reminding the black record of the terrorist group and its crimes against the Iraqi people, Dabbaq said, "Collaboration with the former Iraqi dictator and massacre of thousands of our people is just part of their crimes".

"The council of ministers is committed to implement the earlier decision about disbanding the terrorist group by the end of this year at the latest, and is well informed of the necessity of getting it out of Iraq," the official noted.

But, the US is trying to convince Iraqi officials to relocate MKO members within Iraq.

Under the US plan, the approximately 3,400 residents of Camp Ashraf would be temporarily relocated within Iraq, farther from the border with Iran, a US State Department official announced.

The relocation would be temporary, the official said, with final settlement of the inhabitants in other countries.

That would not include the United States, the official said, "Since US law bars anyone associated with a terrorist organization from settling there".