In spite of all the MEK (MKO, PMOI, NCRI, NLA, Rajavis' cult...) gang leaders’ hue and cry and the propaganda charlatanism while pulling any strings they could and leaving no stones unturned for getting off the US Department of State list of Foreign Terrorist Organizations (FTO) s, they have to once again bite the dust for being placed on the list for one more time.  Poor old Rajavis’ on their last legs bribed every political heavyweights and media contacts they knew spending huge sums of money; but they are still on the list.  No matter Mr. and Mrs. Rajavi; maybe another time (as always), more money spendings and hiring bigger bugs that might care more about you than your pockets……maybe some other time……let me give you a piece of advise! For now just bite the bullet as you always do...maybe when the fish fly!

Here is the newly published document by the U.S Department of State Office of the Coordinator for Counterterrorism about Foreign Terrorist Organizations. 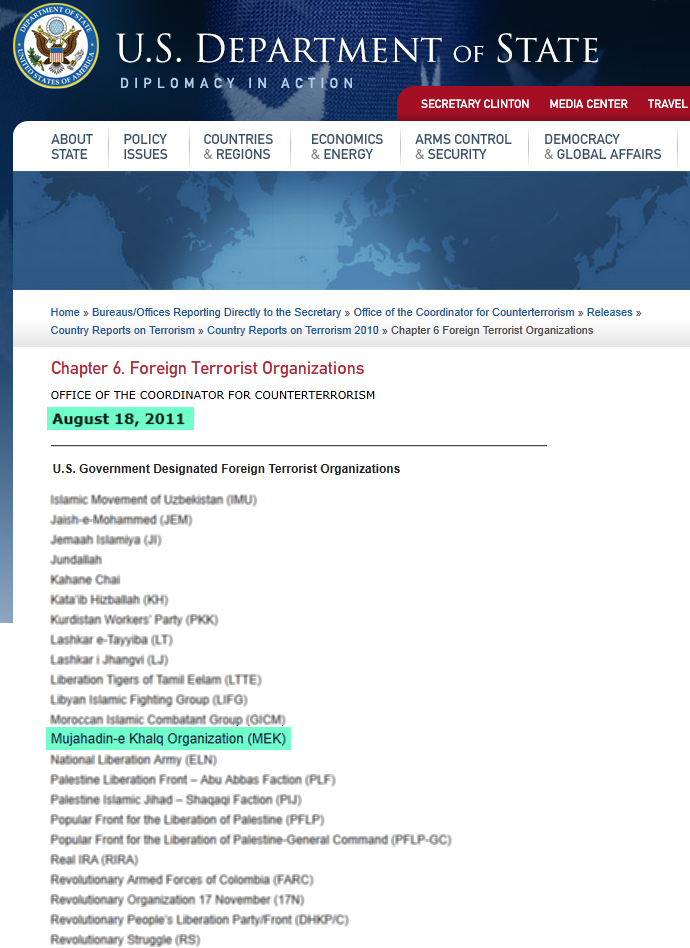