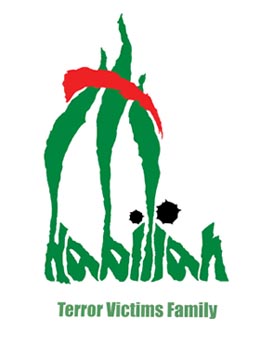 Issuing a statement on behalf of families of over 16,000 terror victims in Iran, Habilian Association asked members of European parliament to prevent MKO terrorist cult from freely acting around the Europe while expressing its readiness to provide the MEPs with unique documents about MKO crimes in Iran…

Presence of Maryam Rajavi, one of the ringleaders of People’s Mujahedin of Iran (PMOI, a.k.a MKO, MEK…) in the European Parliament attributing certain vague accusations to the Islamic Republic of Iran provides a good opportunity for us to unveil a small part of the terrorist record of this group.

After victory of the Islamic Revolution of Iran in 1979, this terrorist cell which found the results of various democratic elections contrary to its interests resorted to widespread assassination of lay people, top officials and leaders of the country in order to spread an aura of terror and intimidation in pursuit of power and their ambitious desires. In the course of its terrorist activities it assassinated over 12000 innocent people including men, women and children for the sole reason of their support for the Islamic Republic of Iran. In two separate shockingly deplorable explosions it martyred the then President, Prime Minister, Head of the Supreme Court and a number of ministers as well as a large number of members of Iran’s parliament. Even far beyond that and in line with its satanic desires, leaders of this terrorist cell dominated private life of their supporters compelling them to forced divorces, separating them from their children and dismantling their families.

The ringleader of this terrorist cult left no stone unturned to give assistance and support to the army and intelligence services of former Iraqi Ba’ath regime against people of both Iran and Iraq during Saddam’s dictatorial rule. People of Iran will keep forever the memory of treacheries and crimes committed by this group and will never forgive its leaders and elements for brutally killing thousands of men, women and children and children of this nation.

The terrorist nature and crimes committed by this outlawed group since its establishment have not been left hidden to world over as since 1997 it has been enlisted in the terrorist groups of the US foreign Ministry due to perpetuation of its terrorist activities.

The US institute for national defense (RAND) has recently confirmed terrorist nature of this organization in a report sent to the US defense Ministry and called US contacts with this group a mistake.

Similarly this organization has been enlisted in the terrorist groups in Europe and was later removed from the list for certain political motives.

A May 2005 Human Rights Watchdog report also confirmed the tortured killing by the organization of a number of its dissent members in the prisons run by it.

As children and representatives of the families of over 16,000 terror victims in Iran of which more than 12,000 cases were perpetrated by People’s Mujahedin of Iran terrorist cult, we request your Excellencies to ban the terrorist and anti-Human nature of the activities of this terrorist cell in Europe under the European and International Rules and Regulations.

Also as a nongovernmental organization comprised of children of the victims who have been brutally assassinated by this terrorist cult we would express hereby our readiness to make available to you all the shocking proofs and evidence in support of the crimes committed by this group in Iran and Iraq for further illumination.

Families of over 16000 terror victims in Iran