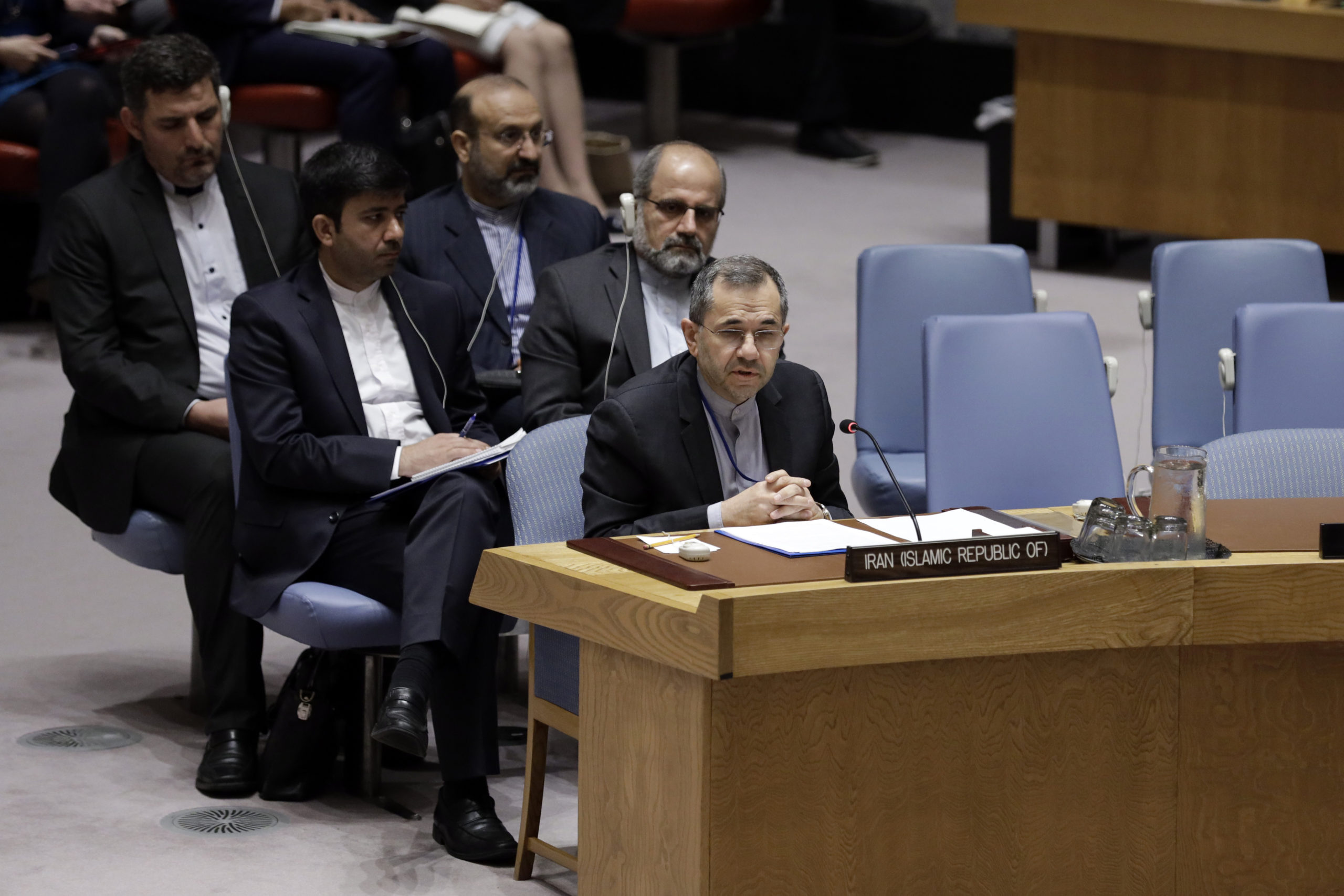 Iran’s Ambassador and Permanent Representative to United Nations Majid Takht Ravanchi in statement reaffirmed Iran's unwavering commitments to combat all manifestations of terrorism, including economic and medical ones.

'The Islamic Republic of Iran strongly condemns terrorism and reaffirms its unwavering commitments to combat it in all its forms and manifestations, including state terrorism, with special regard for economic and medical terrorism, pursued through the imposition of Unilateral Coercive Measures (UCMs),' Takht Ravanchi said in his statement addressing the Sixth Committee on Agenda item 111: “Measures to eliminate international terrorism”.

The full text of Takht Ravanchi's statement is as follows:

At the outset, I would like to thank the Secretary-General for the preparation of the report contained in document A/76/201. I align myself with the statements delivered on behalf of Non-Aligned Movement as well as the OIC and would like to deliver the following in my national capacity.

The Islamic Republic of Iran strongly condemns terrorism and reaffirms its unwavering commitments to combat it in all its forms and manifestations, including state terrorism, with special regard for economic and medical terrorism, pursued through the imposition of Unilateral Coercive Measures (UCMs). We pay special tribute to those who have fallen victim to terrorism. On 3 January 2020, a prominent figure in the fight against Da’esh in Iraq and Syria, Major General Qasem Suleimani was assassinated in a terrorist attack perpetrated by U.S. forces in Baghdad International Airport.  His assassination was celebrated by Da’esh and other terrorist groups in the region who considered him as a major impediment in their terrorist activities.

Iran has also been the target of different forms and manifestations of state terrorism, including the assassination of our governmental officials, and several Iranian nuclear scientists as well as terrorist attacks against our peaceful nuclear facility in Natanz.

While emphasizing national ownership and leadership in combating terrorism, the Islamic Republic of Iran also recognizes the pivotal role of the General Assembly in this process.

In this regard, we welcome the successful conclusion of the 7th review of the Global Counter Terrorism Strategy (GCTS) contained in resolution A/75/291. Although the GCTS in its op 3 expressly “[s]tresses the importance of keeping the Strategy relevant and contemporary in the light of emerging new threats and evolving trends of international terrorism”, regrettably, the current review has ignored to address some important emerging threats of terrorism since the last GCTS review. In the same vein, we also emphasize that countries which have been most affected by terrorism should be accorded a more prominent role in norm setting as well as in the leadership role in the fight against terrorism within the UN system and at the global level.

The Islamic Republic of Iran maintains the strong belief that terrorism can only be countered through international cooperation and by addressing its root causes. Socioeconomic problems, illegitimate military presence as well as foreign military intervention and occupation constitute the main sources of terrorism and violent extremism conducive to terrorism.  However, I should highlight our longstanding legal position that any resistance against occupation and foreign intervention in the exercise of self-defense and the right to self- determination cannot be considered terrorism. A clear case in this regard is the struggle of the Palestinian people against the occupation of their territory by the Zionist Regime.

In line with the international commitments of all Member States to uphold the UN Charter, it is also our strong belief that under the pretext of fighting terrorism, no State has the right to commit acts of aggression, interfere in the internal affairs of other States or condone any and all flagrant violations of human rights and humanitarian law, such as torture, kidnapping, illegal detention, disappearance or extrajudicial execution and targeted killing.

UCMs continue to undermine the efforts of targeted countries in countering terrorism. Furthermore, since UCMs mainly target ordinary people, such measures greatly contribute to the root causes of terrorism. In addition, UCMs that are imposed with the intention of inciting insurgency and dissatisfaction among ordinary citizens against their government are no less than acts of terrorism.

The Islamic Republic of Iran strongly rejects double standards as well as unlawful unilateral actions under the pretext of combating terrorism. Absence of a comprehensive convention on international terrorism has led to, among others, the unilateral listing of UN member States or their constitutionally-established institutions as terrorist entities, accusing them of supporting terrorism in order to pursue certain political agenda.

In this regard, the Islamic Republic of Iran strongly supports the finalization of the draft comprehensive convention on international terrorism as well as the convening a high-level conference under the auspices of the United Nations in this regard. We believe such a comprehensive convention containing a universally agreed upon definition of terrorism would significantly contribute to preventing such unilateral actions.

For many years, the Islamic Republic of Iran has been at the forefront of the fight against terrorism, particularly against ISIS and other UN-designated terrorist groups and their affiliates which have been financially and ideologically supported by certain players in our region and beyond. Despite being a target of terrorism over the last forty years, we have shown and will continue to show our unwavering resolve to combat terrorism in all its forms and manifestations.