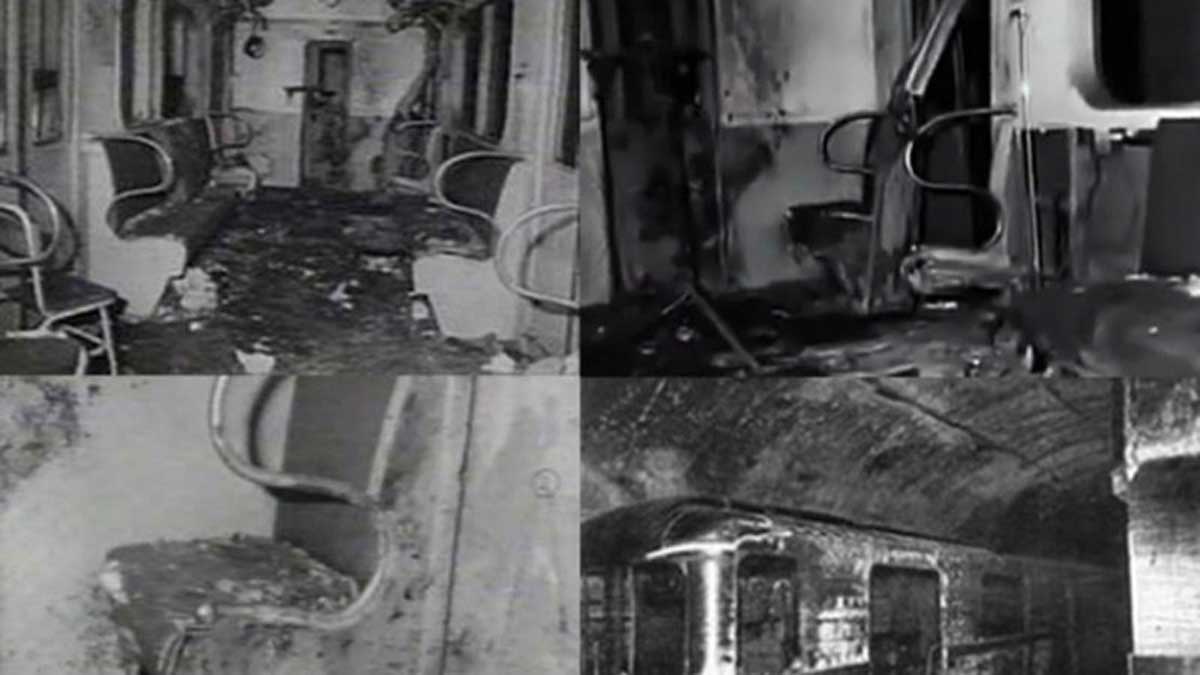 By Naghi Ahmadov
On January 8, 1977, a series of terrorist attacks struck Moscow city, the capital of the Soviet Union. Three explosions occurred in a row in different places, with an interval of less than 40 minutes. All the employees of the Ministry of Internal Affairs and the KGB were raised on alarm. Leonid Brezhnev, General Secretary of the CPSU Central Committee, who spent Saturday hunting, urgently left for the capital. At that time, the life of Muscovites was not overshadowed by rampant criminality. The concept of “terrorism” was exclusively referred to as a characteristic of capitalist countries by the Soviet people.

On Sunday rush hour, the first bomb exploded at 17.33 in a Moscow metro train, which was on the stretch between the stations “Izmailovskaya” and “Pervomayskaya”. The second bomb went off in the grocery storeNo.15 in the formerly named Dzerzhinsky Street (now Bolshaya Lubyanka), not far from the headquarters of the KGB at 18.05. Five minutes later, the third explosion occurred near the grocery store No.5.In total,7 people were killed and 37 got injuries of varying severity. The terrorist incident was kept secret from the public.

The KGB was assigned to lead the operation codenamed “Explosives” (“Взрывники”). The best investigators of the Prosecutor General`s Office, the Ministry of Internal Affairs and the KGB were engaged in the criminal investigation. The progress of the investigation was regularly reported to the then KGB Chairman Yuri Andropov and personally to Leonid Brezhnev. Although more than 500 witnesses were interviewed, not a single clue was found. In the end, the circle of suspected cities was reduced to three – Rostov-on-Don, Kharkov and Yerevan.

However, the terrorists were identified only after they began to prepare a new terrorist attack. On November 2, 1977, they decided to repeat the attack leaving a bag with a bomb, similar to the ones that went off in January in the waiting room of the Kursk railway station. But it stood in a crowded hall almost for a day and did not explode, because the batteries ran out. The ownerless item attracted one of the passengers’ attention, who reported the finding to the police on duty. A valuable piece of evidence was obtained: a blue sports jacket with an Olympic patch and a hat with earflaps manufactured in Yerevan.

In the Moscow-Yerevan train near the administrative border of Georgian SSR and Armenia SSR, an unknown young man who was traveling with a friend was detained. The passengers were identified quickly enough. They turned out to be 28-year-old Hakob Stepanyan and 23-year-old Zaven Baghdasaryan. Regardless of the fact that it was sharply opposed by Karen Demirchyan, the First Secretary of the Central Committee of the Armenian SSR Communist Party, their apartments in Yerevan were searched, where additional evidence were found, including elements of explosive devices and a scheme of an explosive device that went off in the Moscow metro. Through Stepanyan, the investigation reached the third member of the criminal group. Stepanyan and Baghdasaryan, realizing that they were fully exposed, testified against the third member of the group, Stepan Zatikyan, who was not in Moscow at the time of the explosion. They confessed that he dragged them into the preparation of the terrorist attack. It was Zatikyan, who was the brain and ideological inspirer of the group. By that time, he was working at the Yerevan Electromechanical Plant. While studying at the Yerevan Polytechnic Institute, he founded the illegal National United Party of Armenia (NUPA) along with other friends in 1966.The group of nationalists developed an active underground activity and advocated for separatism. They published a clandestine periodical named “Paros” (Phare) and distributed leaflets protesting against “Russian chauvinism” and demanding the return of Nagorno-Karabakh and Nakhichevan to Armenia SSR. The group was uncovered in 1968. The founders and active members of the NUPA were convicted of anti-Soviet agitation and propaganda. Zatikyan’s verdict was not too harsh, he was released in 1972.In 1975, he sent a statement to the Supreme Soviet in which he renounced Soviet citizenship and asked to be given the opportunity to leave for any non-socialist country. The NUPA operated until 1987, when it was renamed the Union for National Self-Determination.

The investigation into the case of Zatikyan and his accomplices lasted about a year. The trial of the terrorists in the Supreme Court of the USSR took place from January 16 to 20, 1979. It was closed and secret. Even the relatives of the defendants were not allowed into the courtroom. The only information about the trial and the verdict in the news media was a short note in Izvestia (January 31, 1979). Stepanyan and Baghdasaryan pleaded guilty, Zatikyan did not. For him, the court became a political platform. A documentary about this trial was made. On the recording, one can hear Zatikyan saying in Armenian: “Tell people that these were Stepan’s last words: Revenge, revenge and revenge again. “On the other hand, Stepanyan said: “If one of us survives, there will be explosions again.”

On January 24, 1979, all the accused were found guilty by the court and sentenced to capital punishment – execution. On January 30, the Presidium of the Supreme Soviet of the USSR rejected the petition for clemency, and on the same day, the sentence was carried out.

The acts of terrorism carried out by Armenian nationalists have gone beyond the Soviet Union borders. In this respect, Turkish diplomats have become the target of terrorism. “Armenian terrorism, as well as its support in the larger Armenian community, was unique in its visceral hatred of its Turkish enemy” writes Michael M. Gunter in his book titled Armenian History and the Question of Genocide. As a result of the Armenian terror, more than 30 Turkish diplomats and their families have lost their lives since 1970.Most of these assassinations were mainly carried out by terrorist organizations, such as the Armenian Secret Army for the Liberation of Armenia (ASALA) and the Justice Commandos of the Armenian Genocide (JCAG). Both groups were founded in the mid-1970s and by the early 1980s had become extremely active. Despite both groups having disintegrated in the end of 1980s, an Armenian protester was spotted with an ASALA T-shirtin Los Angeles on July22, 2020.The ideology that feeds those terrorist organizations, which mainly operated in Western countries, is still alive. The main reason for their “success” in the West is that they have not been properly punished until now.

Furthermore, Armenian terrorist organizations systematically and deliberately perpetrated acts of terrorism on Azerbaijani territory, as well. On March 19, 1994, 14 civilians lost their lives and 49 were injured as a result of the bombed attack perpetrated at the “20 January” metro station in Baku.

To put it briefly, the terrorist tradition of the Armenian ultranationalists needs to be deeply and systematically studied. The root causes of violent extremism in Armenian society are complex, multifaceted and intertwined as it has more than 100 years of history. Armenians present their terrorists to future generations as heroes, leaving their statues and encouraging future generations to grow up as terrorists. A clear example of this is the monument erected in memory of members of the ASALA terrorist organization at the Yerablur State Military Cemetery in Yerevan, Armenia. Aside from that, the defeat on the front in the 44-day war with Azerbaijan correspondingly pushed Armenian society into a deep sense of collective frustration and humiliation; in turn, it triggered a rise in nationalist sentiments and made them more radicalized, which galvanize terrorist attacks against Azerbaijani people. Considering that, the intelligence services and law enforcement agencies of the countries, where both Azerbaijani and Armenian diaspora live, should expeditiously increase situational awareness.