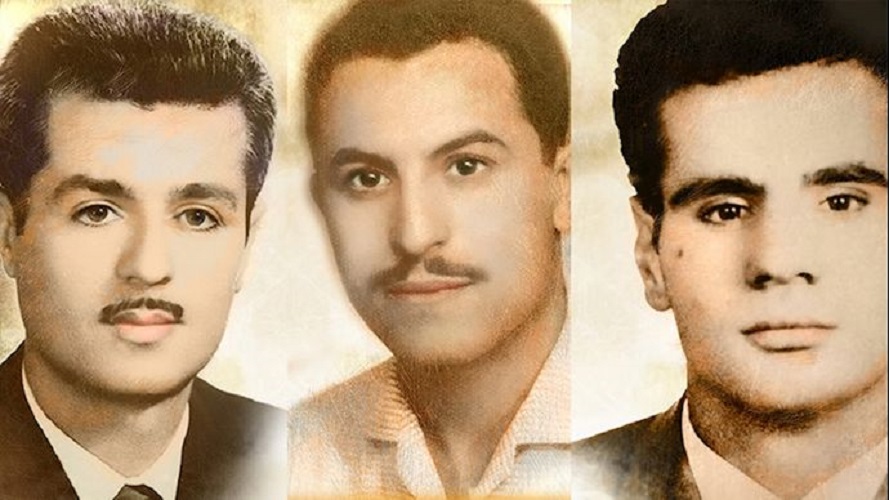 Mohammad Hanifnejad, Saeed Mohsen and Hossein Nikbin (aka Abdi) were students of the University of Tehran during the years 1960-1963. Hanifnejad and Mohsen were prominent members of the Islamic Student Associations and also active members of the student section of the Liberation Movement of Iran.

These criticisms became more and more severe up until June 6, 1963  . After being released from prison in September of 1963, Hanifnejad and Mohsen along with Nikbin embarked on preparing a summary of the current political climate, the reasons for the failure of the Liberation Movement and other political movements in controlling and leading people's fights, and the factors that led to the June 6 massacre of thousands of innocent people. This summary had a number of highlights as follows:

-    Movements such as the Liberation and the National Front, whose aims were to fight the United States within the framework of the Shah's monarchy and the American sovereignty in a conciliatory and democratic way, are unable to lead people and must be opposed.

-    One of the most significant reasons for the defeat on the June 6 uprising was that parties and organizations such as the Liberation Movement and the National Front, due to their conciliatory approach, failed to control and lead the masses towards anti-regime and anti-imperialism fight despite the fact that the people were ready to take action and make sacrifices.

-    June 6 is a turning point in the history of Iranian People’s fights and the most important point to be learned from this historic event is the necessity for engaging in a serious and armed fight against imperialism and the Shah's regime and rejecting all peaceful policies.

-    To initiate a serious fight against US imperialism and the Shah’s regime, it is essential to establish a secret organization with an Islamic ideology because without such an organization whose Muslim members are selfless and politically conscious, no fight would be triumphant.

To this end, they contacted various people and consulted with them. Some who were active members of the Islamic Students Associations did not show much interest in this issue (i.e. formation of a group) but others, who were generally lower in rank, welcomed the idea and joined this newly-established group and played important roles in its advancement.

To the best of the author’s knowledge, formation of this group and its intended objectives were neither discussed with religious figures such as Maraji  and scholars of the seminary nor with Liberation Movement leaders as they were somehow related to the regime. For the first time in 1968, the leader of the MKO put forward the issue of its formation with the Liberation Movement figures including Ayatollah Taleghani, Mahdi Bazargan, Dr. Sheibani and Ezatullah Sahabi after their release from prison.

Following the creation of the organization, as the first step, Mohammad Hanifnejad and Saeed Mohsen organized instructional courses in Tehran whose participants were trustworthy and religiously and politically committed individuals recommended by officials of the Islamic Associations or the Liberation Movement in university. Some of the people who were directly in charge of the Islamic Association or the Liberation Movement in their faculty include: Nasser Sadegh, Bahman Bazargan, Ali Bakeri, Ali Mahindoost, Hossein Rouhani, Rasoul Meshkinfam etc.

Under the supervision of Mohammad Hanifnejad or Saeed Mohsen, each of the above-mentioned people led a three-person constituency, usually with no contact with the elements of other constituencies. The meetings were held on a weekly basis, and in the four areas of ideology, economics, politics and organization, books and pamphlets were provided and discussed. In addition to these instructional courses, members went mountaineering and had community tour programs i.e., they would go to the slums of the city and talk to people about their living conditions and their political and religious beliefs, and they would summarize their observations for the purpose of discussion in class or writing articles.

After a few months, the instructional courses expanded so much that Hanifnejad and Mohsen were no longer able to manage them alone. Therefore, they gradually began making use of early members who received instructions at the beginning to handle the new courses. However, Hossein Nikbin (aka Abdi) was an exception. He did not normally take charge of running a course. Rather, he spent his time doing research and theoretical work such as preparing articles and political/economic texts which constituted part of the curriculum of the instructional courses. Another factor that influenced this way of division of labor and responsibilities among the leadership elements was Nikbin’s inability to carry out organizational and educational work on the one hand and his talent for political and theoretical work on the other. It is worth mentioning that due to not having firm adherence to Islam , Nikbin was neither willing nor interested in educational and organizational work.

Initially, the instructional courses of the organization in the four mentioned areas were quite limited and rudimentary but gradually as their work progressed qualitatively and quantitatively, in 1968 and 1969, the courses were organized in three levels of elementary, intermediate and advanced.

One of the duties of the members, especially the early ones, was to recruit reliable people after passing a probationary period and under the supervision of the respective superintendent. The recruitment process was actively pursued from the very beginning in a way that in only 18 months, the number of constituencies became three time as many as when the organization was founded. After Tehran, the organization gradually grew and expanded its activity in other cities especially Tabriz and Shiraz.